The Palestinian Hamas resistance movement and the Islamic Jihad have vehemently condemned Saudi Arabia’s long prison terms handed down to dozens of Palestinians jailed in the kingdom’s prisons, noting that the verdicts were part of Riyadh’s efforts to curry favor with Israel.

Mahmoud al-Zahar, a leader of Hamas, told Lebanon’s al-Mayadeen news agency on Sunday that trial of Palestinian inmates was illegal, because they had committed no crime against the Saudi government.

“The verdicts against Palestinian detainees have been issued at the request of the Zionist regime,” the senior Hamas leader said.

Al-Zahar stressed that the verdicts issued by the Saudi court are of a political, not judicial nature because Mohammed al-Khudari, one of the Palestinian prisoners in Saudi Arabia, is Hamas’ official representative in the kingdom, who has committed no crime.

The Hamas official noted that as policies in Saudi Arabia change, so do judicial verdicts, which now have clearly taken a turn to appease the Zionist regime.

The Islamic Jihad resistance movement also condemned Saudi court’s rulings, noting that the detainees were put in jail because of their support for the resistance of the Palestinian nation.

The movement added that the Saudi court’s verdicts are not justifiable, and are against Islamic Sharia and Arab values, which call for defense of the oppressed Palestinian nation.

According to Palestine’s official Shehab news agency, the Saudi court issued verdicts against 69 Palestinians with sentences ranging from 3-22 years without allowing relatives of detainees to attend the trial.

In March last year, Ismail Haniyeh, head of the Hamas political bureau, in a letter addressed to the Saudi monarch pleaded with him to make a quick decision and order the freedom of dozens of Palestinian detainees who are languishing in Saudi prisons.

Palestinian families and human rights groups also called on Saudi authorities to immediately release the Palestinians, citing the threat posed by the spread of COVID-19.

Families of the detainees, some of whom are in their 80s, say the Palestinians have been denied access to lawyers and visitation rights, and authorities have recently begun reducing phone call access.

In February 2020, the Prisoners of Conscience, a non-governmental organization advocating human rights in Saudi Arabia, announced in a post on its official Twitter page that the Saudi authorities had launched a new campaign of “arbitrary” arrests against Palestinian expatriates living in the kingdom on charges of supporting Hamas.

In October 2019, Hamas spokesman Sami Abu Zuhri told Arabic-language Shehab news agency that Palestinians being held at prisons and detention centers in Saudi Arabia are exposed to various forms of torture and cruel methods of interrogation.

He further noted that Hamas has made great efforts, either through contacts with a number of countries or Saudi officials, to secure the release of the Palestinian inmates but all to no avail.

The senior Palestinian official stressed that his movement is closely monitoring the cases of Palestinian prisoners being held in Saudi Arabia.

In September of the same year, Hamas also called on the Saudi authorities to immediately release its senior official Muhammad al-Khudari, who has been living in the kingdom for over 30 years.

Khudari represented Hamas between mid-1990s and 2003 in Saudi Arabia.

He has held other important positions in the Palestinian resistance movement as well.

Over the past three years, the Saudi authorities have also deported more than 100 Palestinians from the kingdom, mostly on charges of supporting Hamas financially, politically or through social networking sites.

The Riyadh regime has imposed strict control over Palestinian funds in Saudi Arabia since the end of 2017. 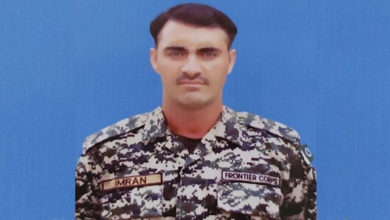 Palestine freezes all meetings with US: FM Riyad al-Maliki