The Palestinian Resistance factions called on all the Palestinians to confront on Ramadan 28 the Zionist settlers threatening to storm A-Aqsa Mosque, underscoring the importance of the direct presence at the Holy Shrine.

In a statement, the resistance factions stressed that Al-Quds will remain Arabian and Islamic and the center of the conflict with the Zionist occupation.

The statement affirmed that the battle aims at preserving Al-Quds identity against the “Deal of the Century” and the normalization deals, urging solidarity with the Sheikh Jarrah locals defending their existence.

The resistance factions warned the Israeli enemy against committing the crime of expelling Sheikh Jarrah neighborhood’s residents, holding its responsible for the repercussions of such an act. 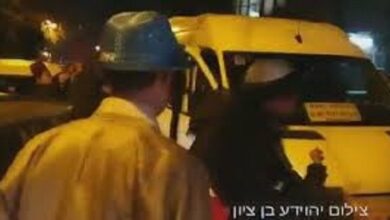 Palestinian Rams His Car into Zionist Settlers in Occupied Al-Quds