The former head of military intelligence for the Israeli army says Iran’s first ever launch of 60-percent uranium enrichment after a sabotage incident at Natanz last Sunday shows the country was prepared for the attack.

The “terrorist” attack disrupted the flow of power at the Natanz nuclear facility, prompting Iran’s enemies to speculate that the incident would set back Iran’s enrichment program for at least nine months. However, Tehran’s immediate launch of the 60-percent enrichment debunked those claims.

That shows “Iran has been waiting for this attack for 20 years,” Amos Yadlin told CNBC television on Saturday.

Yadlin was allegedly one of the pilots who bombed Iraq’s nuclear power plant in Osirak in June 1981, days before it was set to go hot.

As the head of military intelligence for the Israeli army, he helped design a second operation against what Tel Aviv claims as Syria’s secret nuclear power plant in 2007, but Damascus denies having ever had such a program.

Former Iraqi dictator Saddam Hussein was “surprised” as was Syrian President Bashar al-Assad, but Iran was not, Yadlin said.

While Iraq’s and allegedly Syria’s facilities were concentrated in one place, Iran’s nuclear energy program is “much more fortified and dispersed,” he added.

CNBC cited the options that Israel’s military planners had against Iran’s nuclear program, including “covert attacks, clandestine actions and cyberattacks”.

“In essence, try everything short of war,” the network said of the “five strategies to stop Iran”, adding the last resort was bombing Iran’s nuclear program or pushing for regime change.

Last year, Natanz came under another terrorist attack that Israel has been suspected of orchestrating. The uranium enrichment facility was also the target of the Stuxnet computer virus discovered in 2010, which is widely believed to have been developed by the United States and Israel.

Tel Aviv is further believed to have played a key role in assassinating seven Iranian nuclear scientists in the past. Last November, Iran’s prominent nuclear scientist Mohsen Fakhrizadeh was assassinated in a sophisticated operation near Tehran.

On Saturday, Iran named a suspect in the latest attack on Natanz, saying he had fled the country “hours before” the sabotage happened.

The report said “necessary actions” are underway to bring Karimi back to Iran through legal channels. The Interpol “red notice” listed his foreign travel history as including Ethiopia, Kenya, the Netherlands, Qatar, Romania, Turkey, Uganda and the United Arab Emirates.

The report said there was a “limited explosion of a small part of the electricity-feeding path to the centrifuges’ hall” at Natanz, adding the explosion happened because of the function of explosive materials and there was no cyberattack.

The report also showed centrifuges in a hall. “The sound that you are hearing is the sound of operating machines that are fortunately undamaged,” the reporter said, the high-pitched sound of the centrifuges heard in the background.

“Many of the centrifuge chains that faced defects are now under control. Part of the work that had been disrupted will be back on track with the round-the-clock efforts of my colleagues,” an engineer speaking to the network said. 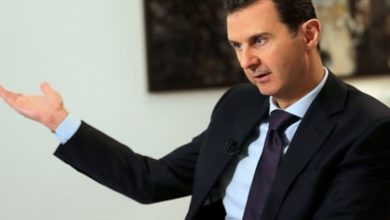 ISIL involved in bioterror in Turkish towns on Syria border 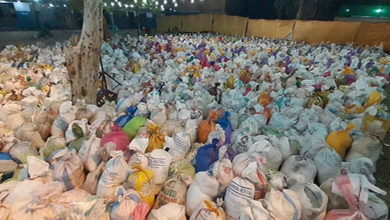