Hamas urges Saudi Arabia to release tens of Palestinians that it has been holding in dire conditions since 2019, saying the resistance movement is ready to negotiate their release with the Saudi authorities.

He said the group is prepared to enter talks with Saudi officials about the matter at whatever level.

The Palestinians have been rounded up along with many Jordanians, in what several international right groups have denounced as an arbitrary arrest campaign followed by numerous other violations of their fundamental rights.

Riyadh accuses them of working towards providing assistance to Palestinian resistance groups.

The detainees have been pushed through summary trials. The hearings have seen the kingdom leveling a set of charges against them based on its notorious “Anti-Terrorism Law.”

The country revised the law in 2017, expanding its scope to a controversial extent. Ever since, it has launched several sprees of detention, seizing hundreds of royals, businessmen, male and female activists and dissidents among other people.

Various reports have noted how the kingdom has been subjecting the Palestinian and Jordanian inmates to torture and solitary confinement and denying them medical attention and contact with their family members.

The prisoners include Muhammad al-Khudari, an 83-year-old Hamas official, who suffers from prostate cancer and other health problems.

Marra asserted that Khudari was a “person, known to all,” who resides legally in Saudi Arabia and represents Hamas in the kingdom.

“Khudari used to serve as the communication link between various organizations in Saudi Arabia and Hamas,” he said.

According to his brother Abdul Majid, the means of medical care that could alleviate his situation are not available in Saudi Arabia. “My brother now has difficulties to walk…. Some of his teeth fell out, and he cannot move his right hand,” he has said.

Coward israel preparing for a new defeat in Gaza 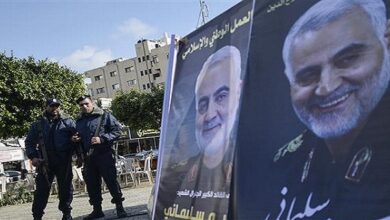