A Hamas leader said that the new US administration is seeking an alliance with the Zionist Israel, adding that Iran does not want anything from the Palestinian people.

Osama Hamdan, one of the leaders of the Palestinian resistance group Hamas, stressed that the movement has good relations with the Islamic Republic of Iran.

“The relationship with Iran has been deep and strong for 30 years, and we are participating in the resistance against Israel,” Hamdan told Lebanese Al-Mayadeen TV.

“Iran does not want anything from the Palestinian people in its relations with them, but it is sensitive to the Palestinian cause and has left the decision to them,” he said.

“The new US administration will form an Israeli-led coalition to be a regular member of the region,” the Hamas official said, noting that the region was on the verge of a major transformation.

“To date, there has been no positive sign from Biden’s administration… We have rejected the hegemonic discourse,” he said. “Our position on rejecting the normalization of relations is clear and we consider it as giving an advantage to the enemy.”

In another part of his remarks, the Hamas official stressed the need to improve the internal situation in Palestine and stressed that this issue is based on the “principle of resistance against and confrontation with Israel.”

“If we make concessions at the domestic level for the benefit of the people, we are not worried or upset,” Hamdan said while adding that “we are not willing to make any concessions to the [Zionist] enemy.”

He believed that the elections were more important than the formation of a legislative council, adding the votes should be aimed at improving the internal situation in Palestine. 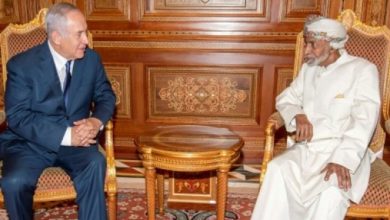