Israeli forces have clashed with Palestinians in a town near Ramallah in the occupied West Bank, injuring at least 19 people.

The Palestinians sustained injuries after Israeli soldiers fired rubber bullets to disperse a crowd in al-Biereh town on Thursday.

The clashes followed a funeral for Palestinian Minister Ziad Abu Ein, who was killed by Israeli forces in the area on Wednesday.

Clashes also broke out between Israeli forces and Palestinians on Thursday in al-Khalil (Hebron).

The Israeli regime has beefed up its military presence in the area to suppress any protest by Palestinians over the killing of Abu Ein.

Abu Ein was killed on Wednesday in an anti-Israeli protest in the occupied West Bank village of Turmusiya, during which some 300 Palestinians planned to plant olive trees as a symbolic act of protest against Israeli settlements.

The Palestinian official, who was in charge of the issue of Israeli settlements within the Palestinian Authority, was killed after Israeli soldiers hit him with the butts of their weapons and their helmets.

Thousands of Palestinians as well as foreign dignitaries attended a Thursday funeral for the official in Ramallah.

Palestinian President Mahmoud Abbas condemned “the brutal assault that led to the martyrdom” of Abu Ein, calling it “a barbaric act that cannot be tolerated or accepted.” 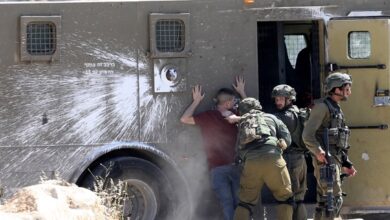 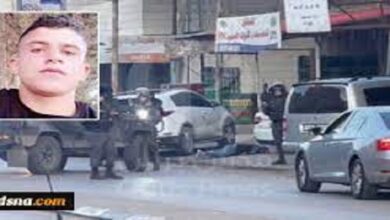 Palestinian youth killed after being shot four times at point-blank