Dozens of Palestinians have been injured as Israeli forces continue to crack down on anti-settlement protests in the occupied West Bank.

Also on Friday, clashes erupted between Israeli forces and locals who had taken part in a rally in Deir Jarir, east of Ramallah City, to protest against a settler unit that had been built in the village a few days earlier.

An unspecified number of protesters were hit by rubber bullets and dozens of others suffered breathing difficulties due to inhaling tear gas fired by the Israeli troops.

Palestinian media reports said Israeli forces prevented Palestinian ambulances from approaching the scene of the clashes in Deir Jarir and from rescuing the wounded.

Israeli forces also suppressed a protest near the town of Salfit.

They used sound bombs and tear gas against protesters and prevented them from reaching land that is threatened with seizure by Israel in the area of al-Ras, near Salfit.

Since US President Donald Trump took office in December 2016, Israel has stepped up its settlement expansion activities in defiance of United Nations Security Council Resolution 2334, which pronounces settlements in the West Bank and East Jerusalem al-Quds “a flagrant violation under international law.” 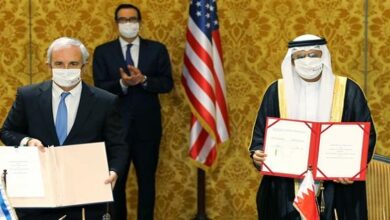