A Zionist settler on Friday opened fire on Palestinians protesting against illegal Israeli settlements in the occupied West Bank.

Clashes erupted Friday between Palestinians and Jewish settlers during a demonstration in al-Mughayyir village in Ramallah.

Israeli soldiers tried to prevent the growing tension between Palestinians and the Jewish settlers.

Eyewitnesses said that the Jewish settler who opened fire on protesters was not detained by the Israeli authorities.

More than 400,000 Jewish settlers currently live in more than 250 illegal settlements in the occupied West Bank.

International law views both the West Bank and East Jerusalem as occupied Palestinian territories and considers all Jewish settlement-building activity there as illegal. 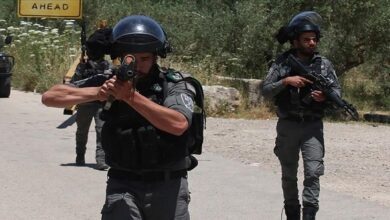 Israeli forces kill another Palestinian in raid near Ramallah

Hamas: No agreement yet to extend Gaza ceasefire