For the second day in a row, Israeli occupation authorities continued their closure of the Ibrahimi Mosque in Hebron (Al-Khalil), south of the occupied West Bank, denying access of Muslim worshippers to the site due to the Jewish holidays.

Hifthi Abu Sneineh, the director of the mosque, told WAFA news agency that the Israeli occupation authorities closed the mosque on Saturday night in order to make way for Jewish settlers to celebrate Rosh Hashanah holiday, or the Jewish New Year.

Israel divided the Ibrahimi Mosque in 1994 between Muslims and Jews following the infamous massacre committed by a Jewish settler which left over 50 people dead. Prior to that time, it was an exclusive Muslim worship area. 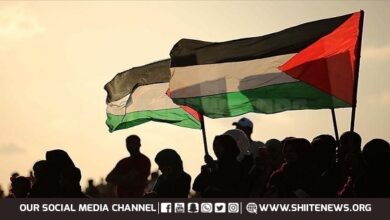