The World Assembly of Islamic Awakening (WAIA) will hold an extraordinary session on Wednesday to discuss the recent normalization of ties by some Arab states with the Israeli regime.

“The wrong and harmful move by the UAE and Bahrain on normalizing ties with the Zionist regime has led to a huge outcry in the Muslim World. Therefore, the World Assembly of Islamic Awakening considers itself responsible to discuss the issue,” the assembly’s secretary-general, Ali Akbar Velayati announced on Monday.

“At the request of the experts, an extraordinary meeting of the Supreme Council of the Islamic Awakening will be held via video conference with the presence of 50 Islamic countries on Wednesday, September 16, in Tehran.”

On Friday, September 11, US President Donald Trump announced the normalization of diplomatic relations between Bahrain and the Israeli regime.

It came roughly a month after a similar announcement by Trump on a deal between the United Arab Emirates (UAE) and the Zionist regime to forge formal ties.

Iran has strongly condemned the normalization agreements, saying such moves have sacrificed the Palestinian cause against the occupation for the upcoming US presidential election.

Jordanians gather near US embassy to protest against anti-Islam film 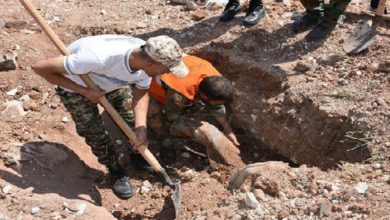