A young Palestinian woman has succumbed to the injuries she sustained from fire by Israeli forces in the occupied northern West Bank city of Jenin.

According to Palestinian media, clashes occurred between Israeli forces and Palestinians in al-Jabriat district in Jenin early on Friday.

The 32-year-old victim, identified as Dalia Ahmed Soleiman Samudi, was shot in the chest in front of her house when Israeli soldiers opened fire at her.

Mahmoud al-Saadi, director of the Palestinian Red Crescent in Jenin, said the Israeli forces also opened fire on the ambulance carrying the victim.

Tensions have been running high in the occupied territories amid plans by Israeli Prime Minister Benjamin Netanyahu’s regime to annex the occupied West Bank and the Jordan Valley. The plan has been delayed but it has not been called off.

Netanyahu has been driven ahead by President Donald Trump of the United States, who unveiled a plan for the Middle East in January that effectively sidelines the Palestinians.

The Palestinians want the occupied West Bank as part of a future independent Palestinian state with East Jerusalem al-Quds as its capital. Trump’s plan envisions Jerusalem al-Quds as “Israel’s undivided capital” and allows the Tel Aviv regime to annex settlements in the occupied West Bank and the Jordan Valley. The plan also denies Palestinian refugees the right of return to their homeland, among other controversial terms.

Israel’s unlawful annexation push has drawn widespread criticisms from the entire international community, including the regime’s closest allies. And it has angered the native Palestinian population. 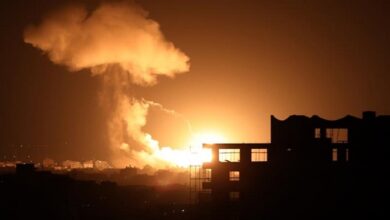