The Organization of Islamic Cooperation (OIC) writes to the members of the United Nations Security Council (UNSC), urging the body to come in the way of a plan announced by Israel for annexation of significant portions of the occupied West Bank.

The letter was addressed by the 57-member organization’s Secretary-General Yousef al-Othaimeen to the UNSC’s members as well as the members of the Middle East Quartet — the European Union, Russia, United Nations, and United States— the Arabic-language Rai al-Youm news website reported on Tuesday.

The letter urged the Council to adopt “the necessary measures” that would prevent the annexation and compel Israel to stop all its illegal activities.

The OIC also urged the UNSC to hold an emergency meeting to “salvage the [remaining] opportunities for peace, and revive attempts at reinstatement of the political process under international supervision.” Such meeting, it added, had to enable realization of “the two-state solution, and [creation of] a Palestinian state with East Jerusalem [al-Quds] as its capital.”

Israel’s Prime Minister Benjamin Netanyahu announced the plan to annex 30 percent of the occupied Palestinian territory — namely the areas upon which the regime has built its illegal settlements as well as the Jordan Valley — after US President Donald Trump backed the annexation in January.

Trump pledged the support while unveiling details of his Middle East scheme called the “deal of the century.”

The highly controversial scheme allegedly seeks to resolve the Palestinian-Israeli conflict, but is heavily tilted in favor of the occupying regime. As well as backing the annexation, the scheme re-endorses Washington’s incendiary recognition in late 2017 of al-Quds as “Israel’s capital,” although Palestinians want the occupied holy city’s eastern part to serve as the capital of their future state.

Palestinians have roundly rejected either the American design or the Israeli plan that is rooted in it.

Tel Aviv had previously announced July 1 as the date it sought to start implementing the annexation plan. It, however, is yet to get it off the ground amid far-and-wide international condemnation and speculation that the plan was announced in the first place to deflect attention from a massive corruption scandal involving Netanyahu.

Also on Tuesday, Egypt, France, Germany, and Jordan warned Israel against going ahead with the plan, saying that doing so could have consequences for their bilateral relations with the Tel Aviv regime.

In a statement distributed by the German Foreign Ministry, the countries said their foreign ministers had discussed how to restart talks between Israel and the Palestinian Authority.

Most other European countries have likewise communicated their objection to the plan.

“We concur that any annexation of Palestinian territories occupied in 1967 would be a violation of international law and imperil the foundations of the peace process,” the European and Middle Eastern foreign ministers said, referring to the year, when Israel occupied the West Bank.

“We would not recognize any changes to the 1967 borders that are not agreed by both parties in the conflict,” they added. “It could also have consequences for the relationship with Israel.”

Israel had no immediate response. In a separate statement, however, Netanyahu’s office communicated Tel Aviv’s intransigence on the matter.

The statement said the Israeli premier had told his British counterpart Boris Johnson on Monday that he was committed to Trump’s “realistic” plan.

“Israel is prepared to conduct negotiations on the basis of President Trump’s peace plan, which is both creative and realistic, and will not return to the failed formulas of the past,” the statement alleged. 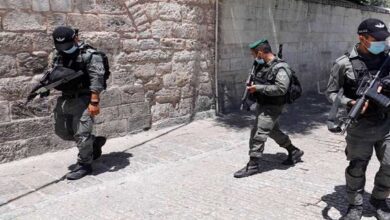 Israeli regime to deploy some 16,000 police officers during Biden’s Visit 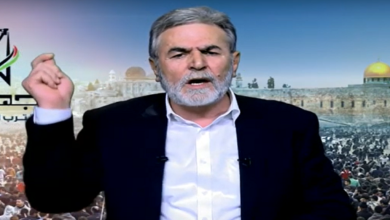