The Palestinian Authority is breaking off all agreements with Israel over its plans to annex part of the occupied West Bank, Palestine’s Foreign Minister said Monday, calling Israel’s move a “declaration of war on Palestinian human rights.”

Riyad al-Maliki said: “We cannot accept the US administration as the sole broker for peace between us and the Israelis,” Anadolu Agency reported.

“The US has taken sides. And they are right now completely adopting the Israeli position. And as a result, you know, they are not an honest broker anymore.” he added, speaking in a video press conference with journalists from the Geneva UN correspondents’ association ACANU.

Israel is expected to annex parts of the West Bank on July 1, as agreed between Prime Minister Benjamin Netanyahu and Benny Gantz, the head of the Blue and White party.

The plan has drawn international condemnation and outrage.

The West Bank, including East Jerusalem, is seen as occupied territory under international law, thus making all Jewish settlements there – as well as the planned annexation – illegal.

Al-Maliki said the Palestinian Authority had accepted all UN resolutions, including 86 Security Council resolutions from Resolution 242 in 1967, and Resolution 2334 in 2016.

“Now the newly formed Israeli government has openly and formally declared that annexation of the territory of the State of Palestine, its priority,” said the Foreign Minister.

“To achieve this declaration of war on Palestinian rights, the occupation regime is relying on the so-called deal of the century advanced by the current US administration, which we reject in total,” he added.

He said Israel’s years of “snubbing and undermining” all relevant UN resolutions, international law, and the US administration’s illegal recognition of Jerusalem as the capital of Israel, its embassy move, then the publication of the so-called “deal of the century” are “killing the two-state solution.”

In answer to a question, he said Israeli Prime Minister Benjamin Netanyahu’s intentions to go ahead with annexation is “really to liberate himself from all other accusations of corruption et cetera that he’s facing in Israeli courts.

“And this is really the only way to salvage his life himself and his political career, by going ahead with the annexation. So we are paying a heavy price for that,” the Palestinian official said.

Al-Maliki was asked if he would take part in talks with the Russians, and he said: “We trust President Putin.”

The Palestinian Foreign Minister said that if President Vladimir Putin believes that such a meeting “will produce tangible results”, it will bring them back to the negotiating table. 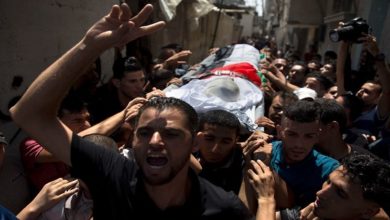 Al-Aqsa Imam Among Dozens Injured in Clashes with Zionist Forces 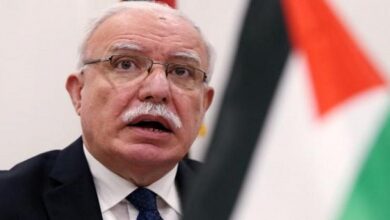