Israeli troops attack Palestinian demonstrators in the north of the occupied West Bank, who were marking 72 years since the regime claimed existence after a Western-backed war that forced hundreds of thousands from their homes across the Palestinian territories.

The attack took place on Friday, while the Palestinians were holding Friday prayers to commemorate the Nakba (Catastrophe) Day in the town of al-Sawiya, located south of the city of Nablus, Lebanese television network al-Manar reported.

The town is under threat as Tel Aviv plans to annex Palestinian land under a controversial plan by US President Donald Trump.

In January, Trump outlined the main points of a self-styled plan for the Palestinian-Israeli conflict, which he has touted as “the deal of the century.” The scheme proposed Israel’s annexation of the Jordan Valley and about 30 percent of the West Bank, including the settlements that the regime has set up there since occupying the territory during another war in 1967.

Large numbers of Israeli military vehicles showed up in al-Sawiya as the Palestinians were staging the peaceful protest, the Jordanian International Truth News Agency reported.

They fired teargas canisters at the prayers, “causing dozens of cases of suffocation in addition to beating injuries,” it said, noting that the Israeli soldiers also used “vehicles to spray wastewater towards the participants.”

This year’s anniversary was overshadowed by standing precautions against the new coronavirus’ spread.

Nevertheless, people flew Palestinian and black flags atop their houses across the Palestinian territories in commemoration of the tragedy, London-based the New Arab website reported.

Palestinians also used the cyberspace to mark the occasion and promote their right to return to their homeland by visiting the “National Campaign to Commemorate the Nakba” Internet page, it added.

The website cited Wasel Abu Yousef, a member of the Executive Committee of the Palestine Liberation Organization (PLO) umbrella group as reminding that United Nations Resolution 194 has guaranteed the Palestinians’ right to return and compensation for their suffering.

He also denounced Washington for its efforts to undermine the Palestinian right of return.

The official warned, though, that the US “will not succeed because all the purported conspiracies have been shattered in the face of our struggle and resistance.”

Separately, hundreds held a protest in the village of Ar’ara in the north of the occupied territories on Thursday against Israeli forces’ killing of a man, identified as Mustafa Younis, a day earlier, AFP reported.

The regime claims Younis had stabbed an Israeli guard during an altercation outside Tel Hashomer hospital in the Tel Aviv district.

Israeli forces clashed with the protesters, who were holding up posters of the 27-year-old, detaining a number of them. 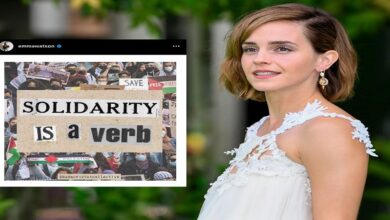 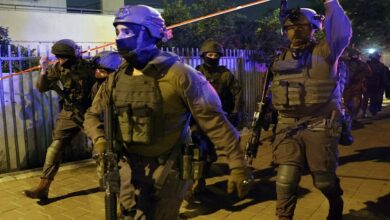