An Israeli occupation soldier was killed early Tuesday morning by a stone dropped on his head during a raid in the West Bank.

21-year-old Staff Sgt. Amit Ben Ygal, who was a member of the Golani Reconnaissance Battalion, was killed after a large stone was hurled from the roof of a house in the town of Ya’bad, near Jenin.

The soldier was evacuated via helicopter to a hospital, where he was declared dead, Haaretz reported, adding that occupation army was investigating the incident and troops were searching for the person who threw the stone. 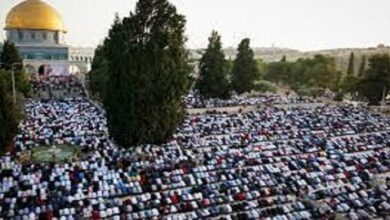