Israeli military forces have shot and seriously injured a Palestinian teenager in the central part of the Israeli-occupied territories amid mounting anger over Washington’s announcement that it is ready to recognize Israel’s annexation of much of the West Bank.

The Israeli police said the Palestinian teenager, a resident of the West Bank city of Tulkarem, was shot at the scene by an armed settler who works for the police. He was seriously hurt and arrested.

Large numbers of Israeli forces were deployed to the scene as an investigation into the incident got underway.

The woman was reportedly in moderate-to-serious condition and received treatment on the scene before being taken to Kfar Sava’s Meir Medical Center.

Palestinians have expressed outrage at the Israeli regime’s plans to further consolidate its grip on lands it has seized in the aftermath of the 1967 Six-Day War.

A US State Department spokesperson said on Monday that Washington, as consistently made clear, is prepared to recognize Israel’s annexation of the occupied West Bank, and application of the Tel Aviv regime’s rule on the occupied areas.

The statement came after Israeli Prime Minister Benjamin Netanyahu said he was confident the US would give Israel the approval within two months to move ahead with the de facto annexation of parts of the occupied West Bank. 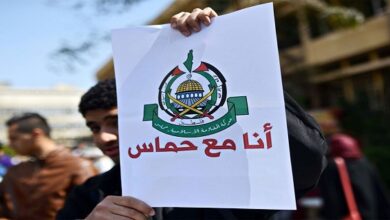