Amnesty International has called on Saudi Arabia’s King Salman to order the immediate release of a high-ranking official of the Palestinian Islamic resistance movement Hamas and his son, citing his poor health condition amid the spread of the highly contagious new coronavirus.

The human rights group further noted that 81-year-old Dr. Khudari and his son were brought before the Specialized Criminal Court (SCC) in the capital Riyadh on March 8 as part of a mass trial of 68 individuals on trumped-up charges under the so-called counter-terror law.

“Amnesty International has found that trials before the SCC have failed to adhere to international fair trial standards and that every stage of proceedings involving this court have been characterized by human rights abuses,” it pointed out.

“There is serious concern for his health as he was detained while he was being treated for cancer. This concern has been heightened by the COVID-19 pandemic and the particular threat it poses to older prisoners and those with underlying medical conditions,” Amnesty International said.

Dr. Khudari and his son Hani were arbitrarily arrested on April 4, 2019 and remained in detention without charges until March 8 this year. Both men were forcibly disappeared for one month after their arrest, and held incommunicado and in solitary confinement for the next two months of their detention.

A month into the senior Hamas official’s detention, his wife received a phone call from authorities in the maximum security Dhahban Prison near the Red Sea port city of Jeddah requesting his medical records. Two weeks prior to his arrest, Dr. Khudari had undergone surgery.

Dr. Khudari is currently being held in al-Hai’r Prison in Riyadh, while his son is detained in Dhahban Prison. Their next court session is scheduled for May 5.

His son is a also university professor and has no political affiliation.

Both men have had no legal representation since their arrest.

On March 22, Ismail Haniyeh, the head of the Hamas political bureau, in a letter addressed to the Saudi monarch pleaded with him to make a quick decision and order the freedom of Palestinian detainees in Saudi prisons.

“We call on the Custodian of the Two Holy Mosques to make a long-awaited decision and release our fellow countrymen from prison.”

Separately, Palestinian families and human rights groups have called on Saudi authorities to immediately release Palestinian prisoners, citing the threat posed by the spread of COVID-19, the disease caused by the highly contagious new coronavirus.

“We renew our call on the Saudi authorities to release all Palestinian prisoners in Saudi Arabia. Most of them suffer from chronic diseases and need medication on a regular basis. The lack of health care in the prisons threatens their lives,” they said in a joint press statement.

“In light of the intensified spread of coronavirus around the world, we ask the Saudi authorities to consider the release of these detainees in accordance with the Amnesty International’s directives,” the statement added. 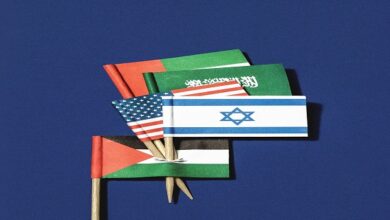 UAE, Saudi Arabia give green light to Zionists for violating rights of Palestinians