On Friday Israeli forces have injured dozens of Palestinians during clashes with protesters across the occupied West Bank.

Israeli forces on Friday stormed al-Arma Mountain in a village in Nablus, where dozens of Palestinians had been staging a sit-in since last night in protest against settlers’ plans to seize the area.

The Palestinian Red Crescent Society reported that 134 people were injured during the clashes in the village of Baita near Nablus. Most of the wounded either suffered suffocation due to inhaling tear gas fired by the Israeli forces or were hit with rubber bullets.

According to the report, one of the wounded was a teenage boy who was hit in his back with a live bullet.

Palestinian media reports said the clashes were ongoing and the Israeli regime declared the area a “closed military zone” until Friday night.

Israeli forces also attacked an anti-settlement rally in the village of Kafr Qaddum in Qalqilya, leaving tens of Palestinians injured.

Murad Eshtewi, the head of the Popular Struggle Coordination Committee in Kafr Qaddum, said clashes erupted after the Israeli soldiers dispersed a weekly rally by using live and rubber bullets as well as tear gas.

One of the injured was hit with a live bullet, while six others were wounded by rubber bullets. Moreover, 33 Palestinians suffered suffocation due to inhaling tear gas.

The West Bank sees weekly rallies in the lands that the Israeli regime has decided to seize to build settlements on.

Emboldened by US President Donald Trump, Israel has stepped up its settlement construction activities in defiance of United Nations Security Council Resolution 2334, which pronounced settlements in the West Bank and East Jerusalem al-Quds “a flagrant violation under international law.”

Israeli troops also dispersed another rally in the center of the city of al-Khalil (Hebron), which had been staged to commemorate the 26th anniversary of the Ibrahimi Mosque Massacre and to condemn the Israeli crimes against the Palestinian people.

On February 25, 1994, an Israeli settler randomly opened fire at Muslims observing the dawn prayers at the Ibrahimi Mosque in the holy fasting month of Ramadan, killing 29 worshipers and injuring 150 others. Later in the day, Israeli forces killed an additional 21 Palestinians who took to the streets across the occupied lands to protest the al-Khalil bloodshed.

Thousands took part in the Friday’s rally, which also called for an end to the Israeli occupation and condemned Trumps’ Middle East plan.

The Israeli forces used sound bombs and rubber bullets against the protesters. They also physically assaulted them.

Trump unveiled his plan on January 28. The so-called deal would have, among other contentious things, enshrined Jerusalem al-Quds as “Israel’s undivided capital” and allowed the regime to annex settlements in the occupied West Bank and the Jordan Valley.

All Palestinian groups have unanimously rejected the plan. 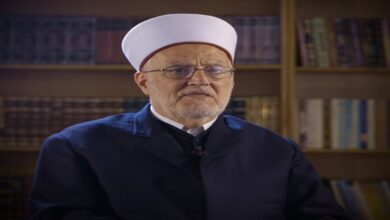 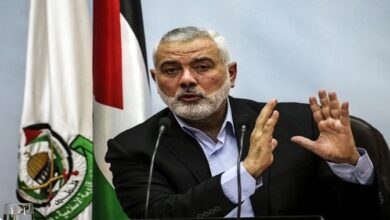 ‘Tie normalization with Tel Aviv a stab in back of Palestine’