Israeli forces have shot dead two Palestinians along a fence separating the besieged Gaza Strip from the occupied territories and injured several others who rushed to confront an armored bulldozer.

The Israeli military claimed that the two Palestinians were planting an improvised explosive device along the fence east of the city of Khan Yunis on Sunday morning.

After the killings, an Israeli armored bulldozer was seen crossing the Gaza fence “in a sadist manner,” according to Palestine’s Wafa news agency.

The International Middle East Media Center (IMEMC) said the bulldozer repeatedly crushed the bodies with its blade, then grabbed the corpse of one of the Palestinians with its blade and swung the body back and forth in the air.

A group of Palestinians then began pelting the bulldozer with stones as it approached, before a gunshot was heard.

As the Palestinians dispersed, the Israeli bulldozer — guarded by a Merkava tank — lifted up one of the mangled bodies and carried it toward the occupied territories.

The Palestinian Islamic Jihad movement condemned the “brutal crime” and pledged to “not let the occupation deal with us as it does with some Arab states”.

“We are placing our hands on the trigger and we will avenge the blood of the martyrs by firing on Tel Aviv,” it said.

Last week, Israeli minister of military affairs Naftali Bennett said the regime would begin to “hoard” Palestinian bodies to use as “bargaining chips” in a bid to pressure the Gaza-based Hamas resistance movement to release two Israeli men and the remains of two soldiers.

Violence has surged in the occupied lands following the release of US President Donald Trump’s self-proclaimed “deal of the century,” which all Palestinian groups have unanimously rejected.

Trump’s Middle East scheme largely meets Israel’s demands in the decades-old conflict while creating a Palestinian state with limited control over its own security and borders.

It also enshrines Jerusalem al-Quds as “Israel’s undivided capital” and allows the regime to annex settlements in the occupied West Bank and the Jordan Valley.

On Thursday, Israeli prime minister Benjamin Netanyahu announced that 3,000 settler units would be built in East al-Quds’ Givat HaMatos area in addition to another 2,200 in the nearby Har Homa neighborhood.

“Settlements are illegal under international law. The EU will not recognize any changes to the pre-1967 borders, including with regard to Jerusalem, other than those agreed by the parties,” he said.

In recent years, Israel has stepped up its settlement construction activities in the occupied territories in defiance of United Nations Security Council Resolution 2334, which pronounced settlements in the West Bank and East Jerusalem al-Quds “a flagrant violation under international law.” 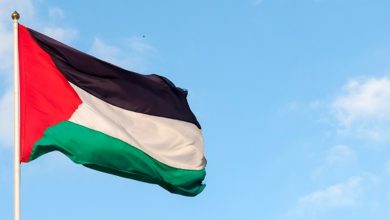