Israel has launched airstrikes on the Gaza Strip despite agreeing to an earlier ceasefire, arousing popular calls for continued Palestinian retaliatory strikes in response to the Israeli onslaught.

The Israeli military announced early on Friday that it had launched airstrikes targeting positions affiliated to the Palestinian Islamic Jihad resistance group.

The strikes threaten to unravel a fragile ceasefire which put an end to two days of fighting after Israel launched two assassination attempts targeting two senior Islamic Jihad commanders, one in the Syrian capital of Damascus and another in Gaza on Tuesday.

While the strikes failed to kill Tel Aviv’s intended target in Syria, strikes in Gaza led to the death of Islamic Jihad commander Baha Abu al-Ata, along with his wife.

As a result of ensuing fighting, at least 34 Palestinians, including eight children and three women, were killed while another 110 were also injured.

Various Palestinian resistance groups, notably Islamic Jihad, responded by firing reportedly more than 400 rockets into Israel, paralyzing Tel Aviv and other vast parts of the country, leading to the closure of business and roads.

On Wednesday, Hamas officials warned that it would join Islamic Jihad in repelling Israeli aggression if Tel Aviv failed to submit to a ceasefire.

“If airstrikes and aggression continue, Hamas and the resistance groups will have to morally respond to and protect the Palestinian people,” an unnamed Hamas official told the US-based Fox News channel.

Hours later on Thursday morning, Islamic Jihad announced that Israel had accepted its proposed ceasefire conditions, agreeing to halt targeted assassinations and attacks on Palestinian protesters in the Gaza strip in talks mediated by Egypt.

Targeted killings “will not cease”, he said, adding that Israel’s “open-fire policy” regarding protests at the Gaza border will not change.

Israeli strikes on Gaza killed eight members of the same family, five of whom were children, shortly before Israel submitted to a ceasefire on Thursday morning.

Israel’s military claimed the strike targeted the father of the family, Rasmi Abu Malhous, for allegedly being affiliated with Islamic Jihad.

Relatives, neighbors and an Islamic Jihad spokesman, however, denied that Malhous belonged to the resistance group.

“This is a war crime,” said neighbor Adan Abu Abdallah. “You are killing innocent children, sleeping at home,” he added.

In another incident, a six-month pregnant woman, identified as Iman Abu Tayyim, suffered a miscarriage in a severe anxiety attack after Israeli bombs landed near her home east of Khan Younis in southern Gaza, according to Palestinian sources.

The recent Israeli strikes on Gaza have greatly angered the local population.

At least two separate volleys of rockets were also reportedly fired into Israel on Thursday. Islamic Jihad has not claimed responsibility for the attacks as a variety of smaller resistance groups also posses rocket arsenals in Gaza.

Israel, however, proceeded with the new Friday airstrikes on alleged Islamic Jihad positions, regardless.

Palestine will not attend US conference against Iran in Poland 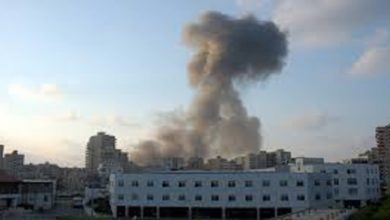