The Palestinian Detainees and Ex-Detainees Commission said in a report on Wednesday that at least 10 prisoners were in very difficult health conditions in the Ramla prison hospital and many of them could not move without using wheelchairs.

It said those prisoners had been weakened so much that they had to rely on other prisoners to take a shower, change, eat, drink, and go through other routines.

The report also said that three hunger-striking prisoners were held in the isolation section of the hospital and that their health conditions were very disturbing due to the prolonged hunger strike — itself staged over harsh prison conditions.

The agency further named three other Palestinian prisoners whose health conditions have gravely deteriorated due deliberate medical negligence by the Israel prison authorities.

Mwaffaq Arrouq, 76, is suffering from stomach and liver cancer and his life is at stake. Although he urgently needs chemotherapy sessions, the Israel authorities in Negev prison are denying him such care.

Amal Taqatqa, 25, was injured by three live bullets during her arrest in 2014. She cannot stand for long hours since her wounded leg is worsening. The young woman needs orthopedic care, but Israeli authorities at Damon prison do not provide her the necessary treatment.

Rawan Samhan, 26, also behind bars in Damon, suffers from anemia, which causes her headaches and constant dizziness, and she needs urgent medical care, also not provided.

Recently, there have also been reports of Palestinian prisoners in various jails experiencing severe headaches as a result of the operation of mobile phone jammers. Authorities, however, keep ignoring the negative impacts of the devices on the prisoners’ health.

More than 7,000 Palestinians are reportedly held in Israeli jails. Hundreds of them have apparently been incarcerated under the practice of “administrative detention,” a policy under which Palestinian inmates are kept in Israeli detention centers without trial or charge.

In a separate development, an Israeli settler ran over a Palestinian college student near the Palestine Technical University, north of al-Khalil (Hebron), in the occupied West Bank, on Thursday morning.

Reports said that the Palestinian student sustained injuries and was taken to a nearby hospital, but no details about the extent of her injuries were available. 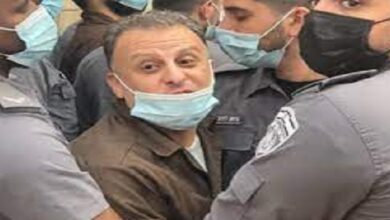 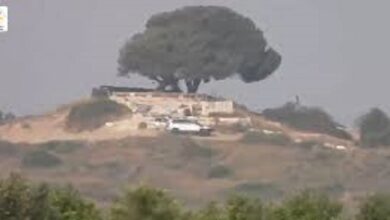