Twelve Palestinians have been injured when clashes erupted with Israeli forces who paved the way for hundreds of settlers to storm a shrine on the outskirts of Nablus city in the occupied West Bank.

According to the Arabic-language Palestinian Information Center, the clashes erupted after hundreds of Israeli troops stormed the compound of Joseph’s Tomb (Qabr Yusuf), east of Nablus, late on Monday.

Medical sources said four Palestinians were hit by live bullets fired by the Israeli forces and were transferred to the hospital, while eight others were hit by rubber-coated steel bullets.

According to the report, many Palestinians also suffered suffocation after inhaling tear gas used by the Israeli forces.

In the early hours of Tuesday, tens of buses and vehicles carrying 1,300 setters arrived in the shrine under Israeli army protection.

About 600,000 Israelis live in over 230 illegal settlements built since the 1967 occupation of the Palestinian territories of the West Bank and East Jerusalem al-Quds.

Joseph’s Tomb is situated in the West Bank’s Area A, which is controlled by the Palestinian Authority; however, the Israeli military allows the settlers to visit the site without approval, and even escorts them into the place.

This is while the regime prevents Muslims from worshiping there.

Israelis claim the site contains the tomb of a rabbi, but the site is part of an old mosque where Muslim scholar Yousuf Dweekat has been buried.

Palestinian locals say the Israel is planning to reoccupy the historical site after the regime’s military left the place in 2000. 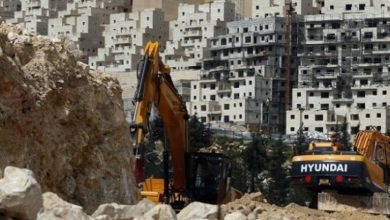