Renowned scholar Allama Syed Shahenshah Naqvi has vowed that Islamic Ummah remains united under leadership of Ayatollah Seyyed Ali Khamenei.
Most importantly, he condemned the aggressive policies and measures of US, Israel and Indian regimes and their allies against Muslims.

Furthermore, he said enemies of Islam and Muslims have been destroying Muslim countries to prevent them from attaining prosperity.

He cited that enemies of Islam have been targeting Muslims in Syria, Yemen, Nigeria, Bahrain, Palestine and Iraq for that reason.

Moreover, Allama Shahenshah said that for the same reason, now the puppets want their master US attack Iran.

However, he made clear all such nefarious plots doomed to failure and it would evoke crushing response.

Also, he vowed that in that case, united Islamic Ummah would give an instant response. 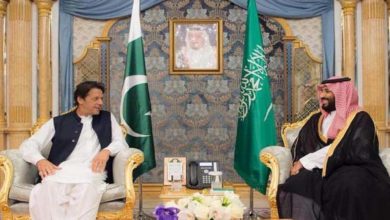