Shia Ulema Council SUC leader Allama Syed Nazir Hussain Taqvi has visited the venue of the sit-in. The families of Shia missing persons are sitting outside President Arif Alvi’s house in Karachi. He supported the protest and their demands.

Affected families have launched a campaign with demand that government must release all those Shias subjected to enforced disappearance.

Shia Missing Persons Release Committee and the affected families have launched a campaign.

They demand that the government must release all those Shias subjected to enforced disappearance.

Furthermore, they have demanded justice to end all sorts of oppression and discrimination.

First of all, they keep complaining against an organised discrimination against them. Likewise, they also detest patrons of banned outfits who host banned outfits leaders.

Most importantly, they question who patrnoises Ludhinavi of banned outfit and why and against who?

As a result of it, Shia feels them alientaed and see state officials with suspicion. 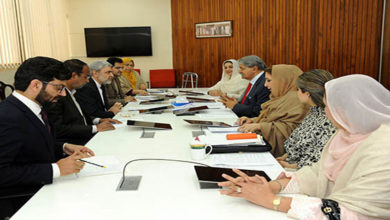 Pakistan and Iran must not allow external powers to weaken their ties, ambassador