Prime Minister Imran Khan called on Supreme Leader of Islamic Revolution Ayatollah Khamenei and said during negotiations in Tehran, many issues were resolved, and Pakistani ministers also held good talks with their Iranian counterparts.
In the meeting with Imam Khamenei in Tehran, Pakistan government’s ministers and diplomats accompanied Prime Minister Imran Khan. Iranian President Dr Hassan Rouhani, foreign minister Javad Zarif and other officials were also present.
The Pakistani Prime Minister pointed out that some (quarters) do not want the relations between Tehran and Islamabad to strengthen; nevertheless, the two nations can overcome the obstacles. 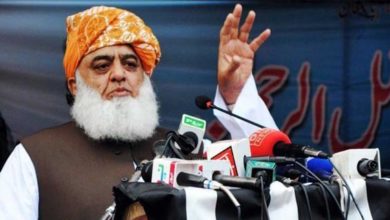 US want to begin a new war in Middle East and Islamic Ummah: JUIF head

Mufti Naeem’s Video: Saudi Government is a Monarchy and UnIslamic