Intra-MMA differences have been deepened with Jamaat-e-Islami facing internal dissent due to dominance of JUI-F’s dominance in Muttahida Majlis-e-Amal. Dozens of senior members of JI KP have quit the party over the award of more MMA tickets for the 2018 general elections to Fazlur Rehman party JUIF.

The dissidents blamed JI chief Senator Sirajul Haq and provincial chief Senator Mushtaq Ahmad Khan for crisis and unrest in the party.
“The Jamaat has become a rudderless ship since Sirajul Haq took over command at Mansoora. He (Haq) is visionless and does not have qualities to lead the party,” said a senior leader, who recently quit the party.
Scores of old guards quit party, many back alliance’s opponents
Mansoora houses the headquarters of Jamaat in Lahore.
“There is no match between Sirajul Haq and Fazlur Rehman. He (Haq) looks like a Lilliputian in front of shrewd Maulana,” he remarked, adding that the JUI-F had overshadowed MMA by occupying all key offices in the center and provinces.
Dozens of old guards, including arakeen (cardholders) and office-bearers, have resigned from the party in various districts due to differences with the leadership either over policy matters or for giving too much space to the JUI-F in MMA.
An insider said the JI had become part of the MMA in 2007 without seeking the approval of the All Pakistan Ijtema-i-Arkaan, the party’s highest decision-making body.
He also said it was mandatory for the party head to seek the approval of the body before rejoining the alliance.
The information gathered from different districts revealed that the JI faced serious internal rifts in Malakand division, Peshawar, Nowshera and southern districts. Many arakeen have resigned from the party while in some constituencies they have announced contesting polls against candidates of the MMA.
District emir (chief) of Nowshera Anwar Islam along with heads of 53 villages has resigned from the party after their opinion was ignored in allotment of ticket in PK-63.
Israrullah Advocate, former information secretary of JI and close aide to late Qazi Hussain Ahmad had resigned from the party and joined Pakistan Muslim League-Nawaz.
His family had been associated with the Jamaat for seven decades. His brother, Fazlullah, who had served as deputy chief of JI Peshawar District has also left the party.

He is the PML-N candidate against MMA’s Asif Iqbal Daudzai. Intikhab Chamkani, political advisor to Sirajul Haq, has also resigned from JI.
The party’s office-bearers in Karak have revolted against their leaders and 70 of the total 110 arakeen in the district have left the party and announced to support rival candidates of MMA in the elections.
Maulana Samiur Rehman who along with 69 other arakeen had resigned from JI accused Sirajul Haq of deviating from the ideology of the party and promoting corrupt elements. He alleged that an officer who was dismissed from paramilitary forces in Balochistan on massive corruption charges had been inducted in the party.
“We will support either Awami National Party or Pakistan Tehreek Insaf candidates in the elections,” said Maulana Rehman adding that office holders in Lakki Marwat and other districts were not happy with the policies of the central leadership.
Muhammad Tasleem Iqbal, sitting district Ameer of JI in Karak acknowledged that there were resentments among the party workers over allotment of tickets in seven district of southern region.
He said that JI had been allotted only five tickets out of 28 provincial assembly constituencies in seven districts. “This is unfair and unacceptable,” he said adding that it would put negative impact on MMA in elections in these areas.
The JUI-F has been allotted 62 tickets while JI had obtained 37 tickets of the provincial assembly.
The JUP-Noorani and TI had been given two seats each. For National Assembly, the JUI-F had been allotted 26 tickets, JI 11 tickets and Jamiat Ahle Hadiat one ticket. KP has total 48 seats including eight reserved seats for women.
Also, there is an embarrassing situation for the party in Lower and Upper Dir districts of Malakand division, its stronghold in KP. Large numbers of workers had either resigned from the party or struck underground deal with the party’s rival candidates for the elections.
Shafiullah, who had earlier filed nomination papers against Sirajul Haq for NA-7, Lower Dir had launched “Jamaat Bachao Movement.” He was forced to withdraw his papers in favour of Sirajul Haq.
Noor Hamdard, another office bearer of JI in Lower Dir is contesting election against JI candidate and former finance minister Muzafar Said on PK-15. Dr Bashir Khan, an old guard of JI had filed papers against the party candidate Dr Zakir. He withdrew his papers after reconciliation.
“If the JI candidate suffers defeat in polls in Upper and Lower Dir districts, that will be at the hands of its own party supporters and not PPP or any other party’s,” said MMA leader Ayaz Gul in Lower Dir.
He said for the first time, workers had revolted against the party’s candidates in Malakand division.

The JI is also in hot water in Upper Dir, another pocket of the party where senior leader and former MPA Malik Hayat had joined the PML-N. Sahibzada Sibghatullah, another political stalwart in the district, has quit the party and got PTI ticket for the elections.
Buner is another stronghold of the JI, where its district units have made alliance with the PML-N and disowned the MMA.
Former Speaker Bakhat Jehan has been declared joint candidate of the JI and PML-N for PK-20.
Mushtaq Ahmad Khan and JI spokesman Jamaat Ali Shah were not available for comments despite repeated efforts. 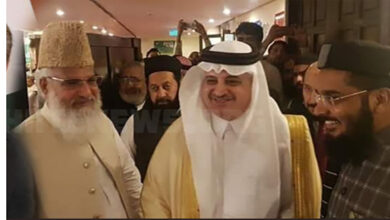 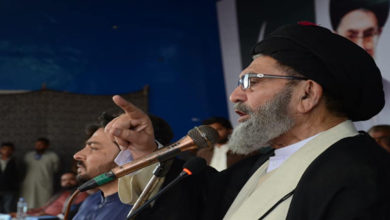 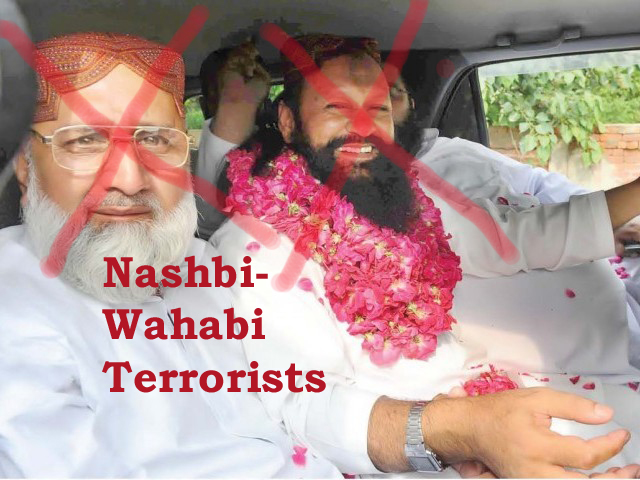