The intelligence agencies have informed the National Crises Management Cell to beef up the security measures in Karachi to avoid sectarian killing in metropolis. Sources confided to The Shiite News that the Intelligence Agencies have warned the concerned authorities that a group of outlawed Taliban funded by Indian RAW is starting the recruitment

to organize a new group of terrorists in Karachi for acts of terrorism in the metropolis.

They said that the group led by Molvi Abdul Wali is establishing the new group with the help of 350 militants of Taliban Hakeem Ullah Mehsud group hiding in Karachi. They added that they have established contacts with militants of outlawed organizations living across the city.

The law enforcement agencies have already arrested seven terrorists of this newly established group, which is recruiting sympathizers to carry out high level acts of terrorism that would include suicide bombing, target killing and planted bomb blast in the processions and meetings of Muharram and Rabi-ul-Awwal.

The basic objective of Indian RAW funded group is to destabilize the metropolis by unleashing sectarian strife in Karachi, the economic capital of Pakistan.

They informed that the processions of Ashura, Arbaeen, Majalis-e-Aza and Milad-un-Nabi (SAWW) celebrations would the target of these terrorists to eliminate their opponents. Name of senior politicians and clerics including Allama Abbas Kumaili, Allama Talib Johri, MQM leader Haider Rizvi, PPPâ€™s senator Faisal Abidi, Allama Hassan Zafar and others are also are on the hit list which have been seized from the detained terrorists by the Intelligence agencies.

The source said that the defunct district West is the strong bastion of the terrorist, from where they are recruiting the people for their terrorist network. The district is on the border of Balochistanâ€™s commercial city Hub, the place where Molvi Abdul Wali used to come for meetings with his group.

However, the intelligence agencies have warned that the terrorists may strike sooner than expected. The officer of the investigation department of the Sindh Police who had been actively involved in the arrest of their agents could be the next target.

The sources said that agencies are carrying out research operation for eliminating terrorism from the city where Taliban have strong presence.

Taking advantage of occasional slowing down of operation and searches by law enforcing agencies, the militant started shifting and residing in Sohrab Goth, Manghopir, Baldia Town, Gulistan-i-Jauhar, Maulvi Tamizuddin Khan Road, Sultanabad, Hijrat Colony, City Railway Colony, Kemari, and other adjoining areas, and in the shanty towns along with the Super Highway. 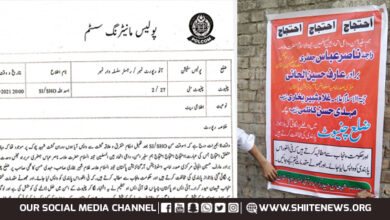 Mother of all terrorism eyes 2018 Elections to reach Parliament