The death toll from suicide attacks that targeted a busy procession in Pakistan’s eastern city of Lahore rose to 40 on Thursday, officials said.

Three suicide bombers targeted a Shia mourning procession made up of thousands of people on Wednesday at the moment of the breaking of the fast in the holy month of Ramazan, wounding hundreds.

It was the first major attack in Pakistan since devastating floods engulfed a fifth of the volatile country over the past month in its Â worst disaster yet.

â€œForty people have martyred and a total of 281 were injured,â€ Fahim Jehanzeb, a spokesman for Lahore’s rescue agency told AFP, adding that he feared more would die from their injuries.

A mass funeral was hastily arranged for later in the day with police and paramilitary providing tight security, while local authorities announced a day of mourning with all public and private institutions closed.

An AFP reporter said that all markets were closed and the roads were quiet on Thursday, after the attacks provoked an outpouring of fury in the city a night earlier, with mourners trying to torch a nearby police station.

Police fired tear gas to force back the surging crowd as furious mourners beat the bodies of the suicide bombers with sticks and shoes, while others beat their own heads and chests at the site of the attacks in frustration.

The emotional crowd chanted slogans against the police and the provincial government over their failure to protect the Shia procession, an AFP correspondent on the scene said.

Lahore, a city of eight million, has been increasingly subject to Taliban and Al-Qaeda-linked attacks in a nationwide bombing campaign that has killed more than 3,600 people in three years.

The procession hit by the blasts was being held to mark the anniversary of the martyrdom of Hazarat Ali, who is revered by Shia Muslims and is the son-in-law of the Prophet Mohammed. 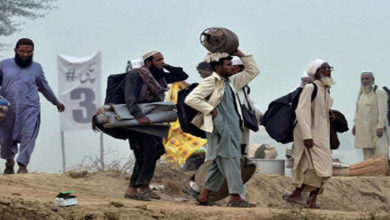 Renowned azdar of Karachi taken into custody without any justification 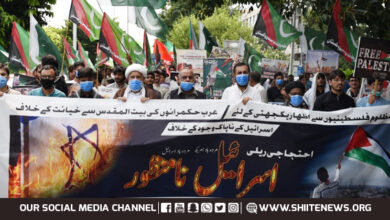