“Police arrested notorious target killer Raees alias Mama,” said Korangi SSP Zulfiqar Mahar. The officer said after red warrants had been issued, he was arrested through Interpol.
“Korangi police team formally arrested him at Karachi Airport,” said Mr Mahar.
“He is involved in murders, rioting, etc and cases were registered against him under Section 7 of the Anti-Terrorism Act.
“Further investigations are under process,” he added.
In reply to a question, Mr Mahar said that information about the cases against the would be provided later.
A section of media reported in December that Interpol had arrested Raees Mama in Malaysia. Raees Mama is considered to be the prime suspect in the May 12 carnage in Karachi. Besides, he was allegedly involved in firing on police bus in Chakra Goth, Mohabbat-e-Sindh rally in Lyari and several other incidents.
It was also reported that Raees Mama was a close companion of Hammad Siddiqui who is one of the accused in the 2012 Baldia Town factory fire incident and also considered mastermind behind Shia killings in Karachi. 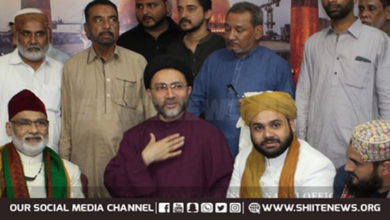