Chief of the Army Staff General Qamar Javed Bajwa arrived in Kabul on Tuesday, where he is expected to attend the Chief of Defence Conference, Inter-Services Public Relations (ISPR) said in a statement.

United States (US) Army General John Nicholson, the commander of the Resolute Support mission, and the Afghan Army Chief Gen Sher Mohammad Karimi are both in attendance, the handout read.
The conference comes less than a month after a series of deadly attacks rattled Kabul, following which a high-level delegation from Afghanistan comprising the interior minister and spy chief had visited Islamabad with a ‘personal message’ from President Ashraf Ghani.
The delegation held talks with Pakistani leadership on security cooperation amid the highly volatile security situation in their country.
Afghan officials had said that the delegation handed over to Islamabad “undeniable” evidence which claimed that the spate of deadly attacks in Afghanistan were allegedly planned in Pakistan.
Despite Pak-Afghan delegations meeting for talks both in Kabul and Islamabad, little headway has been made on the Afghanistan-Pakistan Action Plan for Peace and Solidarity (APAPPS), which is a Pakistani initiative for cooperation in the areas of counterterrorism and reduction of violence, peace and reconciliation, refugees’ repatriation and joint economic development. 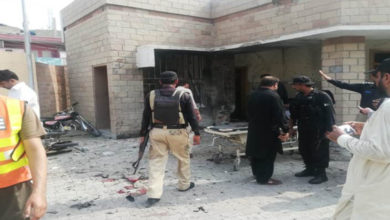