The United States has told Pakistan what it must do if it wants Washington to resume paying out hundreds of millions of dollars in security aid.“Our expectations are straightforward,” Pentagon spokesman Colonel Rob Manning told reporters.

“Taliban and Haqqani leadership and attack planners should no longer be able to find safe haven or conduct operations from Pakistani soil.”
Last week, President Donald Trump froze payments from the “Coalition Support Fund” for Pakistan, worth $900 million, saying Pakistan is not doing enough to target Afghan Taliban and Haqqani group bases.
The coalition funding is set aside to refund Pakistani spending on counter-terrorism operations.
Also in question is almost $1 billion of US military equipment that has allowed Pakistan access to advanced military technology.
“The United States has conveyed to Pakistan specific and concrete steps that it could take,” Manning said.
“We stand ready to work with Pakistan to combat terrorist groups without distinction. We will continue these conversations with the Pakistani government in private.”
Pentagon officials are watching to see if Pakistan is going to retaliate against the US by cutting supply lines to US troops from its port at Karachi into Afghanistan.
So far, Manning said, there was no sign Islamabad was preparing to take that course of action. He stressed that the suspension of funding was not permanent “at this time” and that the money was not being diverted elsewhere.
Suspension of aid a ‘chance’ for Pakistan: CIA chief
Meanwhile, US Central Intelligence Agency (CIA) chief Mike Pompeo has repeated the Trump administration’s mantra that Pakistan continues to provide shelter to terrorists who target US citizens, saying this is “no longer going to be acceptable”.
Speaking on CBS show Face the Nation on Sunday, the spy agency chief said US has given Pakistan a “chance” to reinstate its alliance with the United States by holding back all security aid until Pakistan proves its commitment to fight all terrorist groups operating in the region.
“If they fix this problem, we’re happy to continue to engage with them and be their partner. But if they don’t, we’re going to protect America,” he said.
Providing the “intelligence perspective” on the situation in Pak-Afghan region, the CIA director said: “We see the Pakistanis continuing to provide safe harbour, havens inside of Pakistan for terrorists who present risks to the United States of America.
“We are doing our best to inform the Pakistanis that this is no longer going to be acceptable.”
When asked by the host whether it was a good idea to pressure Pakistan, a nuclear power, by cutting off all aid, Pompeo said he would avoid addressing this policy and could only present the intelligence viewpoint.
The host mentioned that Pakistan provides a number of facilities to the US counterterrorism forces in exchange for the aid and whether that could be a national security problem for the US. He wondered whether this relationship that “may not be perfect” could continue nevertheless.
“The president has made very clear that he needs Pakistan to cease being a safe haven for terrorists that threaten the United States of America, end, period, full stop,” the CIA chief responded.
Worsening relations
In the new year, Washington has increased pressure on Islamabad to “do more” in the fight against terrorism.
Washington has stated that the suspension of military aid, which came after Trump accused Pakistan of “lies and deceit”, is part of America’s South Asia strategy.
The development has followed in the aftermath of an increasingly terse back-and-forth between Washington and Islamabad since Trump announced the policy.
In Pakistan, the move has been seen as the first step to implementing Trump’s pledge to tighten economic restrictions on Islamabad.
Despite the tension, however, US and Pakistani officials remain in contact with each other. US Defence Secretary James Mattis on Friday said that the Pentagon was maintaining its communication with the Pakistani military establishment even after the suspension of military assistance.
Foreign Secretary Tehmina Janjua has said that Pakistan will continue to engage with Washington as far as possible, because America is not only a global power but also has a regional presence, and “for us it’s almost our neighbour”. 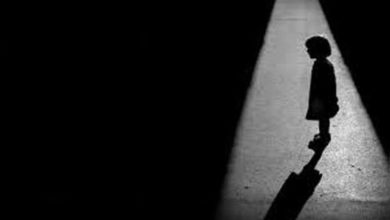