As Operation Khyber-4 continues in Khyber Agency, 110 square kilometres of Rajgal Valley have been cleared, Inter-Services Public Relations (ISPR) said on Friday, adding that over 40 facilitators of terrorists arrested in Punjab.

The army’s public relations wing said that a number of terrorist hideouts in the area had been “dismantled” and improved explosive devices neutralised, adding that “forces [are] searching cleared areas of Wucha Wana, Bagh, Ziarat Sereh and Pak Darra.”
Additionally, the Punjab Rangers, along with the Counter-Terrorism Department Punjab and police conducted operations against terrorists and their facilitators in the province, ISPR said, adding that 42 suspects had been arrested in Islamabad, Lahore and Rawalpindi over the past 48 hours.
“The apprehended individuals are suspected of providing harbouring places to terrorists in the suburbs of Lahore and Islamabad,” the ISPR handout said.
The army announced the launch of Operation Khyber-4 to “wipe out terrorists” in Rajgal Valley under Radd-ul-Fasaad earlier this month.
Khyber-4 seeks to target terrorist hideouts in what ISPR called “the most critical area in the Federally Administered Tribal Areas”.
Since the launch of Operation RuF, the army has launched 46 major operations in the country and over 9,000 intelligence-based operations (IBOs).
According to ISPR, incidents of terrorism in Pakistan have shown a marked drop over the three-year period from 2014-2017, from a high of 269 incidents in February 2014, to two incidents in June 2017. 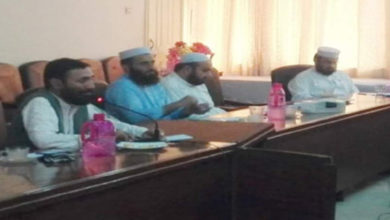 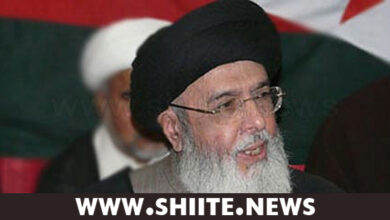 Allama Hamid Musavi :The ruler must have the courage of Mokhtar to confront the machinations of the foes