China’s top political adviser has called for increased military cooperation between Islamabad and Beijing, the Press Information Department said in a statement on Friday.

Yu Zhengsheng, during a meeting with Chairman Joint Chiefs of Staff Committee (CJCSC) Gen Zubair Mahmood Hayat in Beijing, appreciated the role that Pakistan had played in the fight against terrorism.
Zhengsheng urged Islamabad and Beijing to increase “military-to-military cooperation so as to safeguard the security of both countries as well as regional peace and stability.”
CJCSC Hayat in return assured Zhengsheng that Pakistan also “intends to increase cooperation between the two militaries”.
Hayat added that Pakistan would ensure security for Chinese engineers working on projects under the China-Pakistan Economic Corridor (CPEC) initiative in Pakistan.
Thousands of Chinese nationals currently work in Pakistan. They have sometimes been targeted by militants.
Amidst Beijing’s growing concerns about the safety of its citizens following the abduction ─ and murder ─ of two Chinese nationals from Quetta last month, Pakistan has reviewed the security for the China-Pakistan Economic Corridor project and for Chinese nationals based in the country.
Rumours of a rift between Islamabad and Beijing began to circulate when, after the reported murder of the abducted Chinese ‘missionaries’, Chinese President Xi Jinping and Prime Minister Nawaz Sharif did not appear to have met on the sidelines of the Shanghai Cooperation Organisation summit in Astana, Kazakhstan.
Xi had held meetings with other leaders, including Indian Prime Minister Narendra Modi, Russian President Vladimir Putin and Kazakh President Nursultan Nazarbayev.
However, Beijing issued a statement after the summit saying that PM Nawaz and Xi met ‘several times’ during the summit.
The statement dismissed reports of rift as “nonsense and unwanted”. However, it was not confirmed if the meetings between Xi and Sharif were bilateral in nature or not. 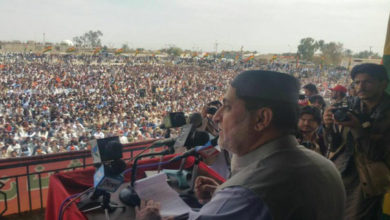 22 Shiites martyred in suicidal attack on pilgrims’ bus in Mastung