Allama Raja Nasir Abbas Jafari, secretary general of Majlis-e-Wahdat-e-Muslimeen, has said that people are the source of political stability but the government is tilting to the terrorists of banned outfits.

He urged the rulers to choose between people and terrorists because terrorists pose threat to Pakistan and the nation but government’s policy seemed to be in favour of the terrorists instead of people.
“Sindh chief minister has publicly blamed the PMLN government at the Centre for not implementing the anti-terrorists National Action Plan,” Allama Jafari cited and said that this statement vindicated his statements against the PMLN government that the federal government was misusing the security officials to victimize political opponents.
He said that many institutions of the State and the government were paralyzed due to meddling into their affairs by the government and many of them were serving the rulers in promotion of corruption and Supreme Court’s remarks that NAB was facilitating corruption was just one example of that.
He said that corruption too posed serious threat to Pakistan hence corruption should be eliminated and corrupt officials too should be brought to book forthwith. 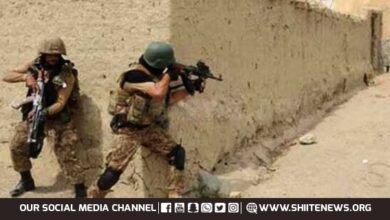 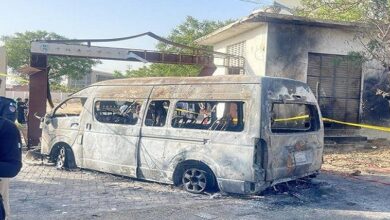 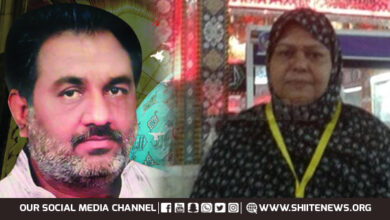 Wife of Martyr Askari Raza passes away after illness