“‘Who is hiding under the charpoy?’ Capt Roohullah shouted out. His words still ring in my ears,” recalled Abdullah Khan, one of hundreds of recruits who was trapped inside Quetta’s police training academy as three heavily-armed suicide-vest-strapped gunmen stormed the building on Monday night.

As gunfire raged on outside the barracks, Abdullah and a group of his fellow recruits were huddled under charpoys in the darkness waiting to be rescued.

At least 60 people lost their lives and over a hundred were wounded in what is now being called one of the deadliest militant attacks this year.

“A suicide bomber had entered our room and was also hiding under a charpoy. We didn’t know because it was totally dark and silent,” the injured recruit said.

All of a sudden, Capt Roohullah barreled his way into the barracks.

“He asked, ‘Are you our people?’ He kept asking us the same thing over and over,” said Abdullah. “He had a light in front of his weapon,” he said, which made him undistinguishable.

The recruits thought Roohullah was the suicide bomber calling out to them and remained silent.

But then the young captain identified himself as an SSG soldier. “We told him that we were from the police, and he asked us to come out. ‘Put your hands up,’ he said.”

Following orders, all the people in the room came out from under their beds one by one, except one. It is standard procedure for recruits to hide under their beds and not show themselves during such an attack.

Roohullah noticed and yelled out, asking the person to show themselves. He moved swiftly across the room and kicked the charpoy over to reveal an attacker, Abdullah said.

Before anyone could make a move, the captain threw himself onto the suicide bomber and moments later, the attacker detonated his explosive-laden jacket.

“We don’t know what happened after the blast,” Abdullah said. “I sustained injuries. We were knocked out and came to our senses several minutes later.”

He was the eldest of four children and has two brothers and one sister. Roohullah appeared in his Matriculation exams from Islamia Collegiate School in 2007 and received a distinction. He did his FSC from Government Degree College Peshawar in 2009 and received another distinction.

His parents wanted him to become a doctor but he preferred to join the army as it was his passion. He was commissioned by the Pakistan Army in 2012 and participated in various counter-terror operations in South Waziristan Agency.

The slain captain was also part of the operational team during the Bacha Khan University attack in Charsadda in January 2016.

Dr Habibullah Mohmand, Roohullah’s father, said his eldest son was going to be married after three months. He remembers Roohullah as “a lovely son”.

Roohullah was nominated for a Tamgha-i-Jurat by Chief of Army Staff Gen Raheel Sharif on Tuesday to commemorate his bravery and his sacrifice. He was performing duty as an anti-terrorism platoon commander at the time he was killed. 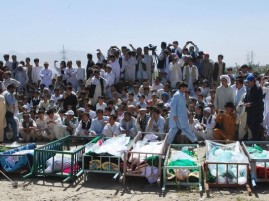 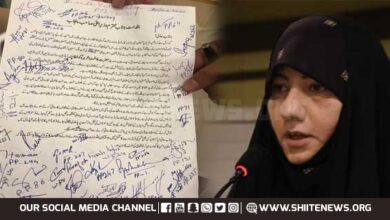