Peaceful Shia mourners came under attack from all sides when they were taking out an Ashura procession in Kotli Loharana (Eastern) yesterday in commemoration of martyrs of Karbala.

Allama Mubarak Mousavi of Majlis-e-Wahdat-e-Muslimeen said that District Police Officer Sialkot and the Deputy Superintendent of Police (DSP) of the area were directly responsible for the attack.
Reports had it Deobandi takfiri fanatics of proscribed ASWJ, the mother organization of banned Lashkar-e-Jhangvi, opened fire upon peaceful Shia azadars in Kotli Loharan Mashriqi in Sialkot district. The straight targeted firing left dozens injured. They were taken to hospital.
Shia parties and leaders have condemned the attack on Shiites during Ashura processions in some parts of Pakistan although rest of the country witnessed a relatively peaceful Ashura due to strict security arrangements.
Wahhabis-allied Deobandi takfiris of ASWJ/LeJ and their facilitators and patrons pose existential threat to all Pakistanis mainly Shia Muslims because the takfiris declare all Muslims excluding themselves as heretics. 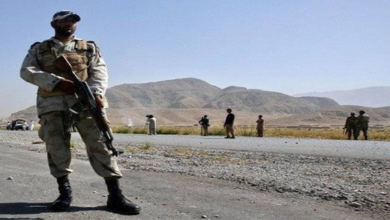