Saudi Arabia’s Defense Minister will meet political and military leadership during his visit and will discuss issues like bi-lateral defense relations, war against terrorism, Saudi alliance and Middle East’s situation in addition with other major issues, sources told. Recent situation between Saudi Arabia and Iran will also be discussed in meetings.

Saudi Arabian Defense Minister Muhammad Bin Salman’s visit, so nafter Adil al-Jubeir’s visit, points towards that fact that Saudi Foreign Minister came to Pakistan with an agenda but could not succeed in it therefore, Muhammad Bin Salman, who is not only the Defense Minister of Saudi Arabia but also a crown prince and son of the King, is coming to Pakistan to complete that agenda.

Arab sources told that Saudi Arabia has been supporting and helping terrorists on a large scale and there are proofs of it therefore, the alliance against Daesh is just an excuse and rela objectives of Saudi Arabia are different from what it is showing to the world. 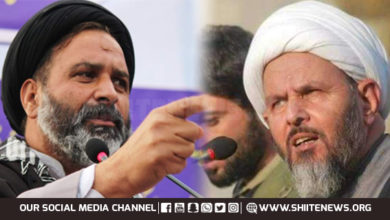 Today marks the 21st death annivarsary of the martyrs of Mehfil-e-Murtaza.