Death feels a little closer than usual to many in Karachi. It feels even closer to the city’s teachers. Each teacher’s murder initially makes headlines, but media attention wanes away gradually, since so much else always seems to be happening in the country.

This blog is an attempt to look at the life of Prof Dr Shakil Auj through the eyes of those who were closest to him.

Dr Shakil Auj took a single bullet to his head while traveling in a car from his university to an event in the city on 18th September 2014. He was the Dean of the Faculty of Islamic Studies at the University of Karachi (KU) and was known for his moderate views on Islam. As Dean, he also made efforts to curb plagiarism at one of the largest universities in Pakistan.

The loss of a rebel

Dr Shakil Auj was a man who enjoyed and encouraged difference of opinion. Every Eidul Azha, he used to carry out the qurbaani ritual together with Mufti Muneebur Rehman, who currently heads the Ruet-i-Hilal Committee.

The two were friends, but at the same time, had differing viewpoints on various subjects when it came to religion. Dr Auj would bring up so many points of disagreement in a single conversation that Mufti Munib once joked with his eldest son, saying, “Tum apnay abbu jaisay na banna!” (“Please don’t become like your father!”).

Dr Auj’s eldest son Hassan recounts that his abbu’s life revolved around asking questions about everything. He said his father had the tenacity to stick to his own argument if he had researched upon it and believed in it no matter how contentious it may be. He was someone who wouldn’t give in just because other experts held a different opinion. It was on the basis of his research that he came up with conclusions that would put off many clerics and religious scholars.

“My father was of the opinion that Muslim women can marry men who are not Muslims. He was of the opinion that Islamic war (jihad) is strictly supposed to be defensive in nature; it can never be offensive in character. He used to say that natural disasters are basically acts of nature, not results of the wrath of God. He used to say that Ramazan is about the self-restraint of an individual and it doesn’t befit the spirit of the month to close down shops and eateries by force during daytime,” recalls Hassan, while talking about what made his father different from so many others in Pakistan who have studied and researched upon Islam.

In his earlier years, Dr Auj was appointed as a ‘khateeb’ at several mosques. His family says he was dismissed from service at most of these mosques and was even banned from entering one when he didn’t tow that mosque’s hardline stance. “Haath pakar ke mimbar se le jaaye gaye thay abbu (They took abbu’s hand and removed him from the pulpit)”, Hassan says with a smile.

Hassan particularly recalls a time when a group of students approached his father and a girl among them asked, “Sir hum dance kar liya karain? (Sir, is it okay if we dance)?” To which he replied, “Haan kar liya karo, khushi ke mauqay pe tou sab dance kartay hain (Yes, one’s allowed to dance. Everybody dances when they are happy).”

The loss of an approachable professor

To so many people, Dr Auj was someone who symbolised humility. He was known for being accessible to anyone and everyone.

Lal Masih is a member of the janitorial staff at the University of Karachi and has been associated with the university since the early 1980s. The man responsible for cleaning Dr Auj’s office room remembers him as someone who always smiled before he spoke.

“I once broke the glass top of his work desk while cleaning it. Doctor sahab was present in the office room at that time,” Masih recounts. “The whole situation made me nervous and I didn’t know what to say. I think he read my face because he immediately said to me, ‘Dafa karo yaar sheeshay ko, aap ne kisi ka dil tou nahi torra (Don’t worry about the glass, at least you didn’t break someone’s heart)!’”

Masih describes how it was unusually easy to have a conversation with Dr Auj. “I could discuss the Holy Quran with him openly, even though he was a Muslim and I am a Christian,” he says. Masih smiles and tells me how his boss would sometimes respond to his ideas by saying, “Yaar tumhain professor hona chahiye tha (Buddy, you should’ve been a professor).”

Dr Auj has left hundreds of students behind, and all of them can testify to their teacher’s down-to-earth and friendly nature. One of his students who wished to remain anonymous out of personal preference remembers Dr Auj as:

“The most humble man I ever met. While he would dictate notes to me as my research supervisor, freshman year students would often enter his room unannounced and ask very basic questions. Despite being the Dean of an entire Faculty, he would give detailed answers to their queries. I, on the other hand, would grit my teeth and curse my luck because such distractions would eat up a lot of precious time. His smile used to welcome everyone with such warmth that everyone really thought they were the closest to him.”

The loss of a husband and a father
Dr Auj’s wife, Shaheen Afrooz, describes how her husband participated in house chores and accompanied her to the grocery store, but would always carry a book along. He would move with her from shop to shop and while she would gradually cross out items off the grocery list, he would simply stand aside and continue to read.

To his children, he was more of a friend. He would mingle with his children’s friends, serving them tea and playing badminton with them. Religion was never used in the household to coerce others. Every Ramazan, there would be arguments between him and his wife if any of their children were unwell. His wife would ask the children to fast if they weren’t too ill, whereas he would keep saying, “Yeh roza nahi rakhay ga, yeh beemar hai (He’s not going to fast, he’s sick).”

Afrooz recalls an anecdote in which Dr Auj appeared in a TV talk show and stated that according to his research, Muslim men were not required to seek permission from their first wives in order to marry a second time.

“When the show aired, we happened to watch it together. I was naturally very furious at his statement and stared hard at him without saying a word. Though he had made the statement on the basis of his study, he just didn’t have the nerve to look at me in the eye. He just hurried out of the room instead,” recalls Afrooz with a gentle laugh.

Besides the cheerfulness, there was a side to the professor’s personality that outsiders rarely got to see. He cried a lot whenever he would witness self-proclaimed Islamic scholars twisting religion for their own means on TV. Hassan says his father would get depressed listening to such talk and remark, “Yeh log deen ke naam pe fraud kar rahay hain (These people are committing fraud with the public in the name of religion).”

The loss of a nation’s faith
Hassan believes that his father had taken too many stands in life and that was why he lost his life. While the person who allegedly shot the bullets at the professor has been caught, the authorities are silent on who the mastermind of the murder was.

What we do know is that a vile campaign was carried out against the professor, calling for his death by maligning his character as well as his research credentials, and accusing him of blasphemy. Fake fatwas were circulated against him and no security was provided to him when he took up the matter with the university administration and the police.

Dr Auj’s letter to the KU administration informing about the threats to his life and seeking security measures.

Clarification by Darul Uloom explaining that the earlier fatwa against Dr Auj was fake.

Pakistan’s second and the Indo-Pak subcontinent’s third D. Litt in Islamic Studies was left to fend for himself and his family’s safety. The rules of the game were unimaginably skewed; with one side using a pen and the other wielding guns.

Between earning a PhD and a D. Litt, Dr Auj wrote a total of 15 books. He was planning to write his own tafseer (exegesis) of the Holy Quran, but that was not to be.

He lived a life that was above and beyond association with a particular brand of Islam and that seems to be why when he was ruthlessly murdered, no sect or sub-sect came forward to declare their ownership of him. And that is also probably why it was so easy for the state to look the other way too – the very same state that had awarded him the Tamgha-i-Imtiaz. 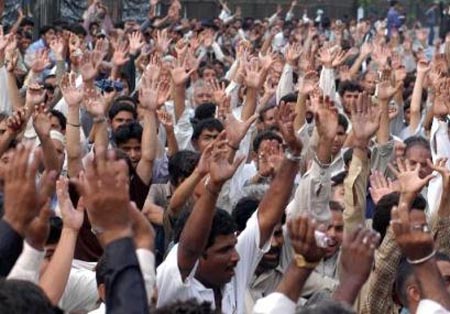 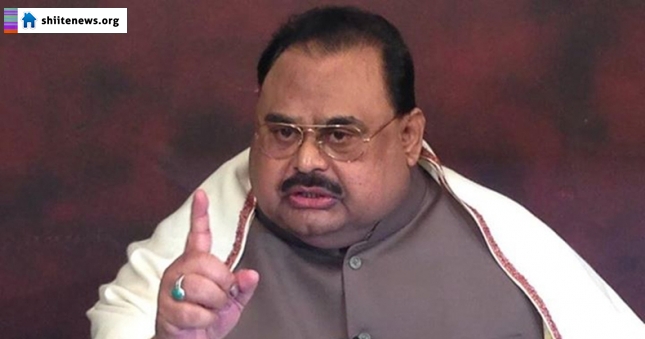