Thousands of students, teachers and employees of the Karachi University (KU) observed Yum-e-Imam Hussain (AS) on Thursday at the varsity campus with religious zeal and fervor to pay tribute to the grand sacrifices of Imam Hussain (AS), his progeny and followers for Islam and humanity. Hundreds of Rangers personnel were deputed in and around the KU and the programme venue to handle any untoward situation. â€œYom-e-Hussainâ€ is an annual convention of the University of Karachi in which renowned Naat Khuan, Noha Khwan and eminent scholars and speakers from all over Pakistan actively participate. Speaking in the sacred gathering, Maulana Agha Syed Jawad Naqvi appreciated the efforts made by the KU administration, students and members of Imamia Students Organization (ISO) to organize such a sacred and blissful gathering. He regarded Karbala an ocean with immense depth. â€œThere is a lot to learn from Karbala, Imam Hussain (AS) and the sacrifices he and his family made to save Islam. We should not move with Hussain history, instead the need is to move with him in reality, revolution and change. Each of us should act as Hussain because when we follow Hussain in his method, thought and spirit we can revive the soul of Karbala. It should be remembered that our current social and moral problems emerged out of our negligence; we should not let any more Yazeeds to spring up in Muslim nations. Donâ€™t forget that only those nations are able to make themselves an icon of solidarity which has accepted the message of Karbala,â€ he added. KU Vice Chancellor Prof Dr Pirzada Qasim Raza Siddiqui said, â€œWe should convey the message of Imam Hussain (AS) to the humanity that peace lies with truth and truth is confirmed with one who sacrifices and sacrifice comes with full trust in God and divine justice. Peace is not possible and uncertainty cannot be dispelled unless all people of the world, individually and collectively, follow the path of Karbala, which leads to the truth and show of magnanimous moral courage for immorality.â€ Maulana Abbas Waziri said that Hussain was a personality who lived with the message of Allah and sought inspirations from the message for all aspects of his personality. It is impossible to confine Hussain and Karbala to a certain time or place or a group of people, he said. Prof Dr Ehsan ul Haq, Department of Arabic, said that we should look for commonalities among Muslims, the only way through which we can fight against negative powers. Prof Zahid Ali Zahidi, Maulana Atta-ur-Rehman, and other speakers said that whoever is with the Karbala of Imam Hussain cannot pledge allegiance to an oppressor, nor can he stand along with him. The incident of Karbala is the most tragic incident of Human history but there is a lot to learn from this tragedy. Â At this holy event, special security measures were taken by Security Advisor, Prof Dr Khalid Iraqi. ISO scouts were also called to take care of the discipline in the event. Stalls from various political parties including PSA, APMSO, PSF and ISO were also placed at the varsity. Sabeel-e-Imam Hussain was placed as a reminder to the impending thirst which Imam Hussain (A.S) and his family had to face.

Deobandisation of Pakistan: More government jobs for Deobandis in Islamabad 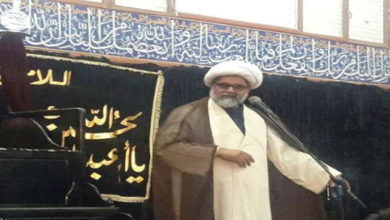