Leaders representing different political and religious parties of the country in All Parties Conference (APC) convened by Jaffaria Alliance Pakistan (JAP) has demanded the government to initiate concerted efforts to seriously probe into Ashura mayhem as the traditional means failed to arrest the culprits the APC was Â arranged at Arts Council of Pakistan on Monday. According to Shiite News Correspondent, Jaffria Alliance President (JAP) Allama Abbas Kumaili, PML-N Central leader Sardar Raheem, President Awami National Party (ANP) Sindh Shahi Syed, Former Senator PML Nisar Memon, PML Central leader Aleem Adil Sheikh, JUI Mufti Usman yar, Sindh United Party (SUP) Chairman Syed Jalal Mehmood Shah, MQM MPA Raza Haider, Tehreek-e-Insaaf, and Shia Ulema Council leaders also addressed to the all parties conference. Addressing to APC participants Jaffaria Alliance President Allama Abbas Kumaili said that there was no Sunni and Shia strife behind the Ashura mayhem though who designed the plot of this conspiracy aimed it to create such divide but we believe that this will not happen ever. He said that â€œthese Ashura processions are not of Shiites, not of Sunnis these processions revered by the entire humanity because Imam Hussain (AS) gave sacrifice for the whole humanityâ€ he added that in mayhem not only Shiites were killed Sunnis were also among the dead. He accused the government that why the FIR of the incident was registered after 5 hours. He denounced that the law enforcement agencies first claimed that it was a suicidal attack but latter on back out of this and claimed that it was a planted bomb. He said â€œthe investigations of the tragedy were not thoroughly conducted as the authorities over several time changed their views. He said fresh investigations from the day when bomb was planted at that place should be instigated in order to bring the perpetrators behind the bar. He vowed that whoever was thinking of curtaining the Ashura Procession or changing of routes of the procession must keep that in mind that these processions were coming out since last 62 years and we would not let anybody to create hurdle in our ways. Sardar Raheem PML-N central leader said on the occasion that terrorists did not leave any opportunity to attack innocent people and their efforts always meant to create a rift between us on communal or sectarian basis but these malicious plans of terrorist will not be succeeded. He said our party thinks that arson and riots acts were planned and conducted through a well thought-out strategy. PML-N leader said â€œif police is true in its finding that it has arrested culprits of Ashura Mayhem and they belonged to Jundullah then why police arrested local mournersâ€? He said police claims were based on speculations and all those who participated in the processions for the sake of reverence for Imam Hussain (AS) must immediately be released. Awami National Party Sindh President Shahi Syed said that we all should pledge ourselves that we will always shun away from hypocrisy he termed that the biggest negative things occurred among us is that we have started to humiliating each other. He said that â€œwe all have to introspect ourselves and become a watchdog for ourselves that what we are doingâ€ he said forgetting to respect human beings on our part was our fault that was contributing and adding in criminals acts in our society. Former Senator and PML central leaders Nisar Memon addressed on the occasion that the APC is good effort on part of Jaffria Alliance and PML fully supports the agenda of the conference. He said that the motives behind the mayhem were to destabilize the country. Aleem Adil Sheikh of PML said that this APC was very timely and need of the hour. He said that â€œthis is the right time that we have to draw our course of action that what we have to do after such type of big calamity and mayhemâ€ he added that PML leadership condemned the act and paid its condolences to the aggrieved and grievous families. He raised questions over the investigations process that authorities were probing vaguely. He said that processions routes and timing were same over many decades and those who were thinking to change them will not be allowed. He condemned the police crackdown against the devotees of Imam Hussain (AS) who were simply participated in the procession was highly regretful and he asked the authorities to release these innocent mourners. Sindh United Party (SUP) Chairman Syed Jalal Mehmood Shah addressing to the APC said that the most lamentable thing was that inopportune incidents occurred but our authorities always failed to investigate that who were really responsible or accountable for these incidents. He quoted the incidents of looting and arson after the killing of former Prime Minister Benazir Bhuttoâ€™s Assassination in which professional criminals started their activities under the guise of protest against her murder. He said this time again after Ashura blast the same kind of people did all these things. 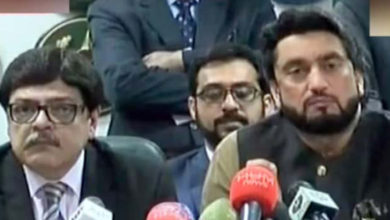 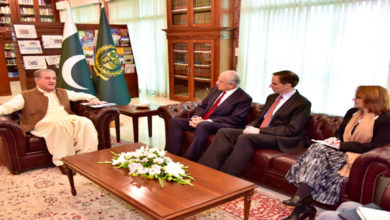