Sanjrani further said that his next official tour to Iran would be an important step to promote friendly relations between two countries.

Irani Ambassador honors the Chairman Senate’s stand and both personalities reviewed the joint efforts of two countries regarding Electricity distribution in various districts of Pakistan including Baluchistan. Sanjrani also appreciated the measures for Iran regarding development of Gwadar Port as well as distribution of electricity in Makran. 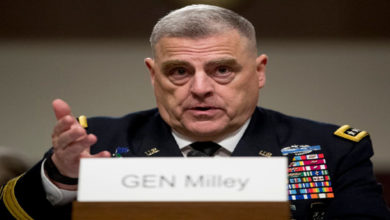 Pakistan a key partner in achieving US interests in South Asia: Gen Milley