Shiite News: The knowledge of Imam Jafar e Sadiq (as) was not used by any particular school, sect, group or class but by every knowledgeable and conscious person. He left the priceless treasure of modern knowledge which was used by the thinkers and intelligentsia of every religion and school of thought. Allama Syed Sajid Ali Naqvi, the head of the Shia Ulema Council of Pakistan, said in his message on the occasion of the 15th of Shawwal, the day of martyrdom of the 6th Imam Hazrat Jafar Sadiq that all the sciences were simultaneously possessed, prevalent and the source and center of his knowledge. His driven formulas and principles are widely beneficial for every person of the world who keeps inclination towards knowledge.

Allama Sajid Naqvi further said that Imam Jafar e Sadiq acquired knowledge and skills directly from his father Imam Muhammad Baqir AS and benefited from the knowledge bestowed on him by his ancestor Amir al-Mu’minin Hazrat Ali (as) and the Holy Prophet Muhammad PBHU. Therefore he left enemies of Islam, who were spreading misconceptions regarding religion in his times left unanswered on the basis of his unbeatable knowledge.

Allama Sajid Naqvi said that the knowledge, grace and perfection of Imam Ja’far Sadiq (as) and what is the proof that he has given eternal and lasting guidance and salvation to the Muslims through Quranic sciences, Hadiths of the Prophet, edicts of Imams and Sira. He bestowed a treasure trove in which the welfare of not only Muslims but the whole of humanity is implicit. In addition, the priceless treasure of modern knowledge which he left for the benefit of the thinkers and seekers is still used by every human being without any distinction of religion. His disciples included great jurists and scholars who guided the people in their respective fields in their respective periods. The modern scientific research and the evolution of modern science are flourished because of Imam Jafar Sadiq.

Allama Sajid Naqvi added that Muslims are fortunate in the sense that they have adherence to an Imam who not only gives them religious, Islamic, Shariah and spiritual guidance but also gives them access to various modern sciences and various fields. Provide the basis. If modern Muslims, especially those who are devoted to knowledge and love science and technology and progress, study the sciences, biography and principles of Imam Jafar Sadiq and try to make sincere use of them, then knowledge will once again prevail in the world. There will be an end to ignorance which will solve all the problems facing humanity.

Putting Pakistan in terror watch list will be counterproductive: Minister 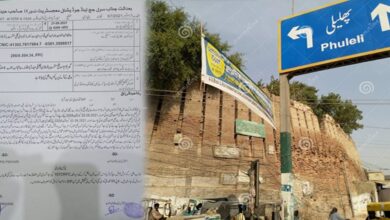