Sindh government has decided to put the name of Mufti Munib Ur Rehman and other religious extremists in fourth-schedule.

According to reports the decision of Sindh government against X chairman of Royat Hill Committee was for his support to TLP and their commotion. The report has been demanded by Interior ministery from eastren districts police stations of Sindh in this regard.

According to sources beside Mufti Munib names of Haji Rafeeq Pardesi, Ghulam Ghos Baghdadi, Maulana Rehan Amjad Noumani, Ali Muhammad Aslam and Amir chotani had also included in the list for fourth-schedule, formalities has been completed by police and the list has been sended to CTD. The recommendation to put the names of the list in fourth-schedule is just ready. 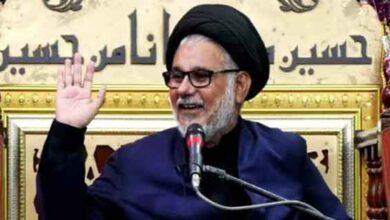