Protest against enforced disappearance of patriot Shias across country on Friday announced.

Leaders of Joint Action Committee for Shia Missing Persons made this announcement, while addressing a press conference on Thursday.

Protest against enforced disappearance of patriot Shias across country on Friday

Furthermore, they said that the entire country will protest on Friday to express solidarity with the main sit-in protesters.

On the 7th day at the sit-in protest in Karachi on Thursday, leaders of Joint Action Committee for Shia Missing Persons addressed a joint press conference.

They said that supporters of the families of victims of enforced disappearance would protest all over Pakistan after Friday prayers.

Moreover, they said that the families and the committee have been demanding the state security agencies to act upon Constitutional obligations mentioned in the preamble, introduction and fundamental rights chapter.

They further said that Article 10 and other Articles of the Constitution have guaranteed certain rights to citizens of Pakistan.

Therefore, they said that those security agencies who subject citizens to enforced disappearance should not violate Constitution in this regard.

The committee leaders said their struggle is for restoration and enforcement of those Articles of the constitutions which the agencies disrespect and violate.

Meanwhile, they thanked all those who visited the sit-in protest camp to express solidarity with the families of Shia missing persons.

6 terrorists killed in retaliatory attack on them in Afghanistan 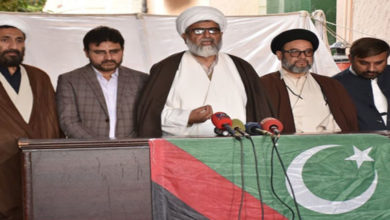