She also shared greetings over birth anniversary of Hazrat Abbas Alamdar (AS).

MWM women wing secretary general further said that Imam Hussain (AS) remains the source of salvaging for the entire humanity.

She noted these blessed days of Shaaban nothing less than Eid.

Moreover, she also referred to hadees of Prophet Mohammad (PBUH) about his grandson (Imam) Hussain (AS).

Meanwhile, she also paid tributes to Hazrat Abbas, brother of Imam Hussain (AS).

Particularly, both remains model of resistance for the oppressed humanity due to their matchless battle of Karbala.

Imam Hussain birth anniversary being celebrated across the world

However, celebrations begin since the sunset on Shaaban 2nd.

They also held congregations where scholar and poets present prose and poetry in reverence of Imam Hussain (AS).

Prophet Mohammad (PBUH) named his grandson Hussain (AS) when Maula Ali took the newly-born baby on Shaaban 3rd in 4th year after Hijrah. 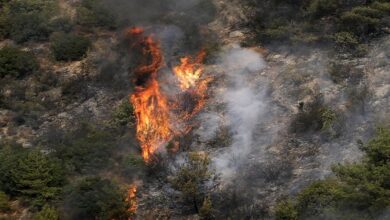