Condolence reference in commemoration of Salman Mujtaba Naqvi held under the aegis of Jafaria Alliance Pakistan.

Shabbar Raza of the JA thanked the attendees for their love for Salman Mujtaba.

Finally, he played active role as a leader of Jafaria Alliance Pakistan; especially during 2000s volatile situation in Karachi.

Pakistan summons US ambassador to seek explanation over Trump’s tweet 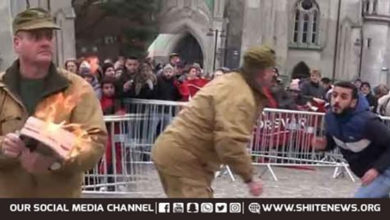