Furthermore, they complained that biased police officials were registering cases on false charges against Shia Muslims.

The MWM leaders reminded the minister of the fact that observance of azadari rituals remains fundamental right of Shia Muslim citizens.

They said registering cases against Shia mourners for observance of religious rituals amount to usurping their religious rights and freedom.

While presenting their arguments, they demanded the minister to ensure nullification of all such cases across the Punjab province.

Meanwhile, Punjab Law Minister Raja Basharat assured them to play due role in this regard.

He further said that he would ensure rule of law.

Raja Basharat said that every citizen of Pakistan has Constitutional and legal right to live life as per his creed freely.

However, Shia Muslims want the government to match its words by its actions. 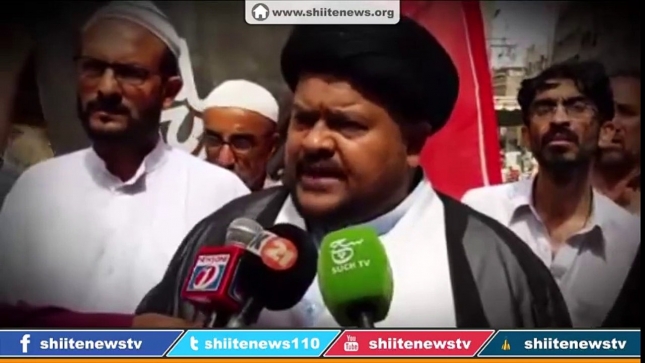 Pilgrims kept under isolation rooms despite no Coronavirus

Takfiri terrorists gunned down a Colonel in Peshawar