The judicial magistrate observed that the accused faces serious charges with concrete evidence available on record to corroborate them.

Karachi court noted non-entitlement of any concession to them at this stage of the trial.

According to the prosecution, a woman had lodged complaint with the FIA’s Cyber Crime Circle who arrested the seminary teacher.

Moreover, the FIA seized a mobile phone from his possession with obscene images of the minor victim in the device.

Meanwhile, the complainant further said that the seminary teacher physically abused her daughter.

Moreover, he took her obscene pictures and later used them to harass and blackmail her, while also demanding money.

Unfortunately, takfiris and nasbis remained involved in such dirty practices that defame the religion and religious people. 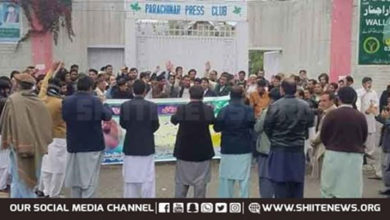