Notorious takfiri terrorists of banned ASWJ (Sipah-e-Sahaba/LeJ) opened fire upon Syed Mohammad Rizvi and Zain Abbas in Gulshan-e-Iqbal near Moti Mahal Bus Stop while they were at a shop.

Due to targeted firing, they were wounded and taken to hospital for treatment. In the surrounding area, clerics and students of pro-takfiri Deobandi seminary had resorted to riots and violence in the name of protest in the past. They are believed to be coordinating with the takfiri Deobandi terrorists in their attacks on innocent Pakistanis.

Shia parties and leaders have condemned the attack on 2 Shia in Gulshan-e-Iqbal and another attack on Zeeshan Naqvi in District Central near Sakhi Hassan. Zeeshan Naqvi was also injured due to firing. They demanded immediate arrest of the takfiris.

Daesh want to change mind of youth in their favour: DG ISPR 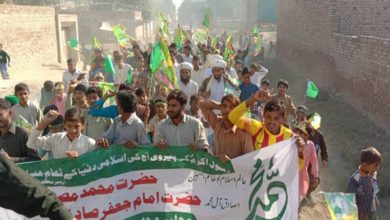 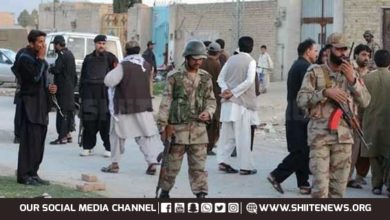