Majlis for Qassem Soleimani and martyrs of Mach tragedy on January 23 announced.

He further said that they are meeting notables to deliver invitation to attend the Jan 23 mourning congregation in Incholi.

Majlis for Qassem Soleimani and martyrs of Mach

Poet Shaukat Raza Shaukat and other eminent figures will also pay homage to the Martyrs of Baghdad Tragedy and of Mach tragedy.

Besides, they rendered unmatched services and sacrifices for the sake of oppressed humanity.

Nobody else other than the team Soleimani could unmask real face behind the warmongering Zionists-controlled United States. 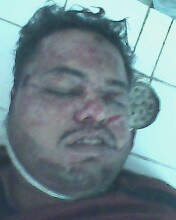